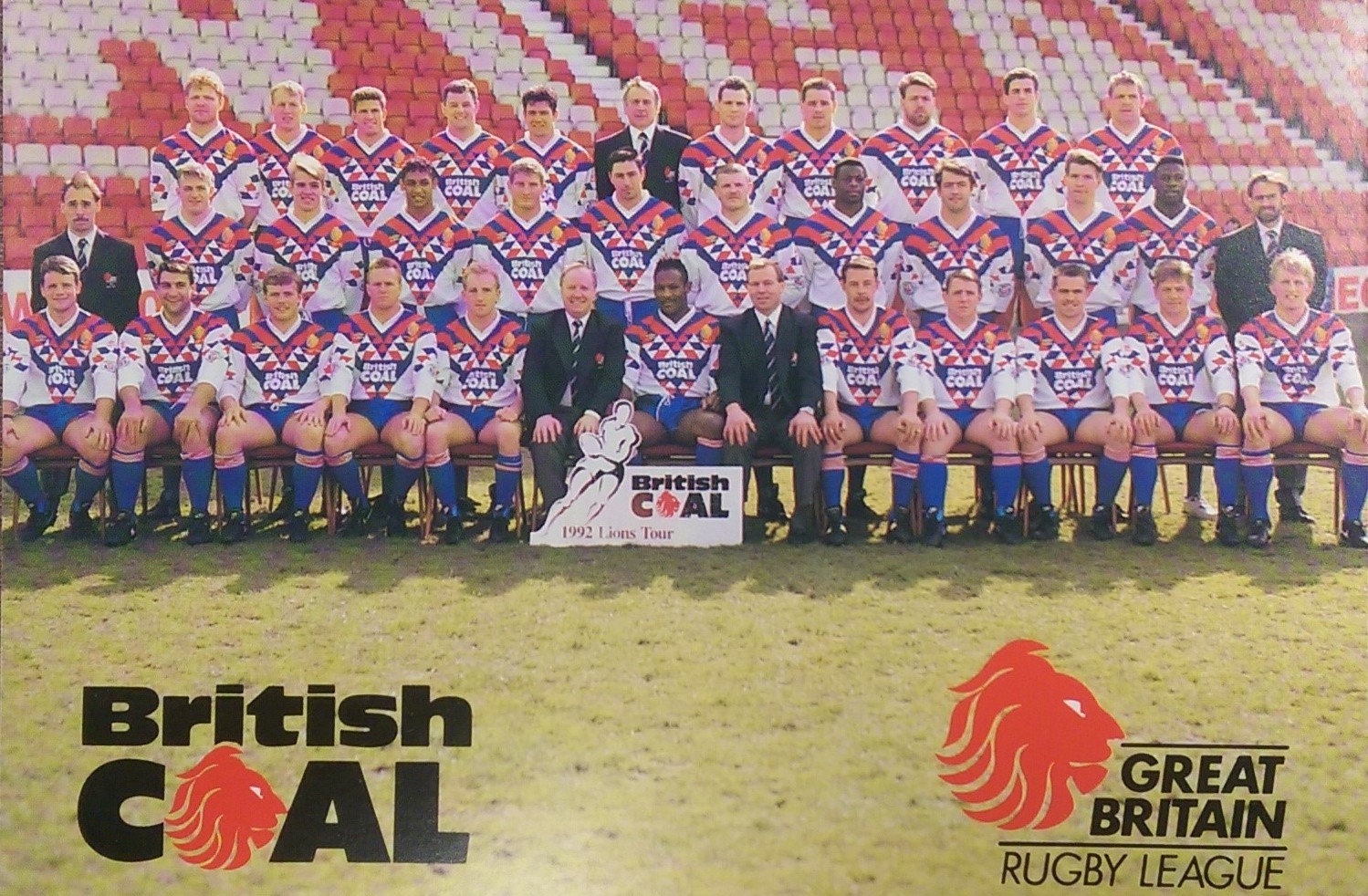 The tour was played between May and July and was the last tour to take place in the traditional summer timeline ahead of the Super League revolution in 1996. Of the 17 games, three were played in Papua New Guinea, 10 in Australia and the last four in New Zealand. 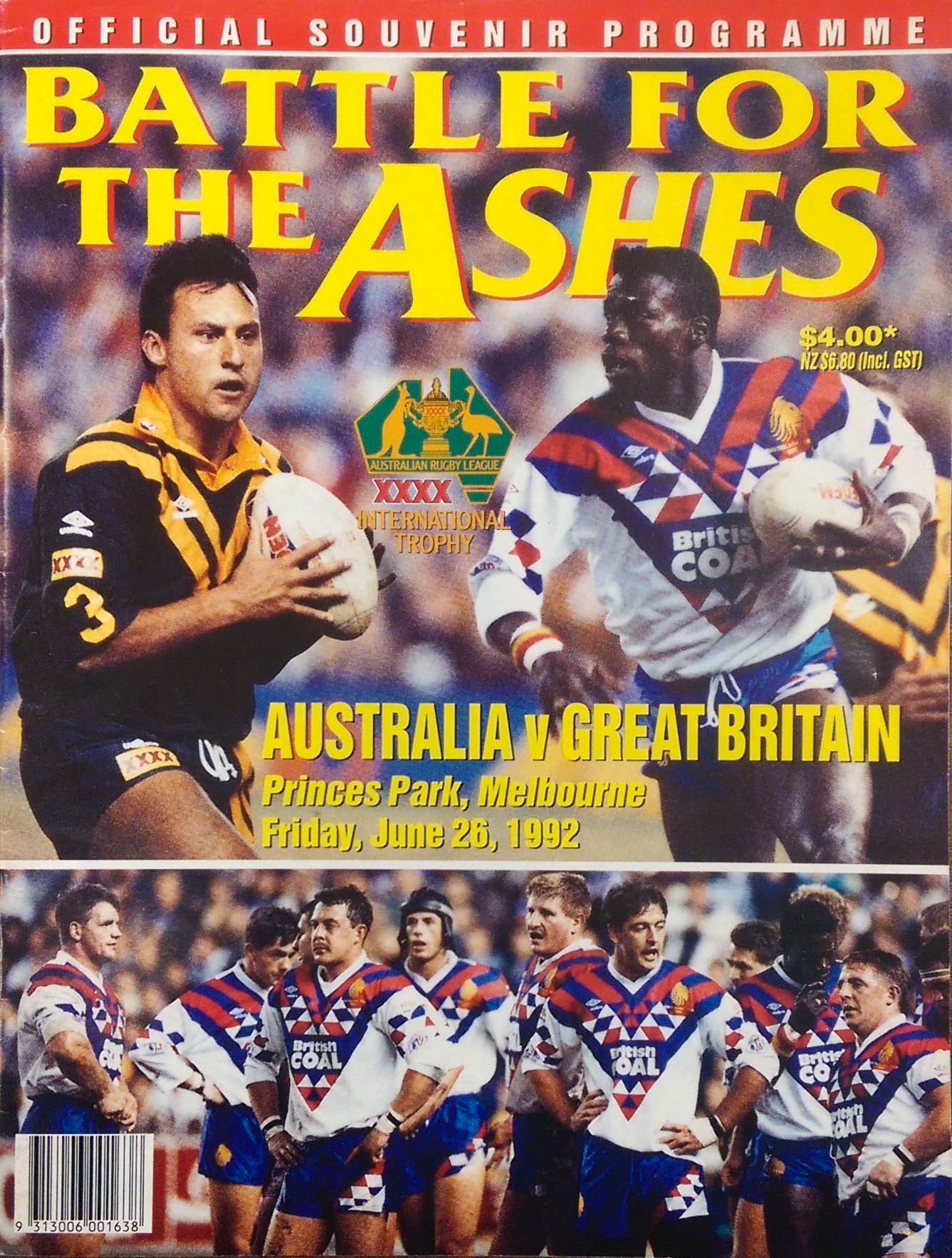 In addition, the tour was the first to be broadcast live by Sky Sports, with commentary from Eddie Hemmings and 1972 World Cup winner Mike Stephenson, whose vast collection of Rugby League items are held at Heritage Quay.

The first leg of the Tour in Papua New Guinea was tough for the Lions, who followed up wins against the Island Zone and Highlands Zone before defeating the Kumuls 20-14 in Port Moresby, where two late tries by Martin Offiah spared their blushes.

From Papua New Guinea, the tourists moved swiftly on to the challenge for the Ashes and a difficult first Test against Australia, who prevailed 26-6. 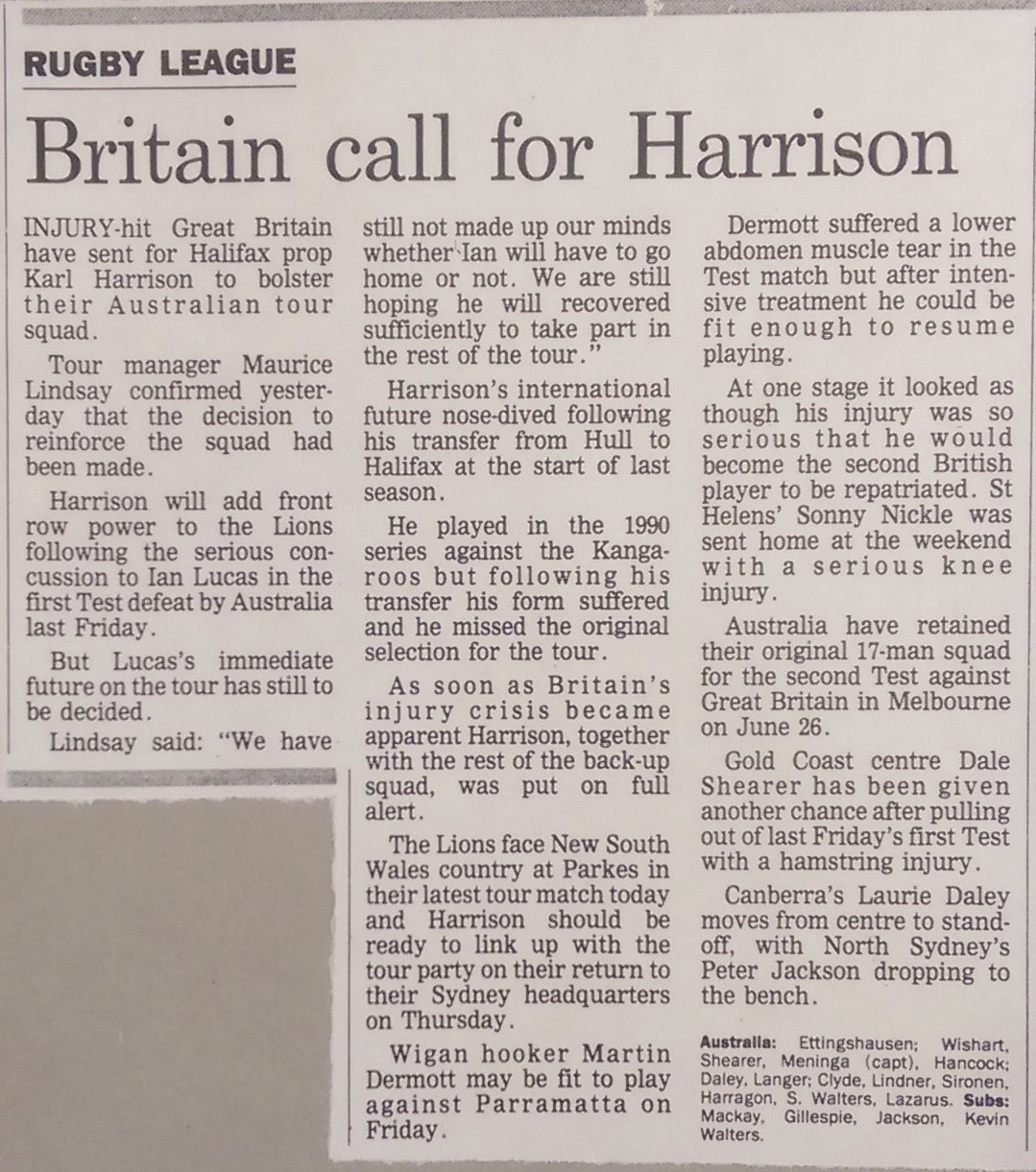 The Lions’ injury toll mounted with every game. The gamble of taking Great Britain captain Ellery Hanley on the tour backfired: the loose forward had been selected despite foot and hamstring problems and his tour ended when he pulled up against Newcastle Knights.

Despite the absence of their talismanic captain, the Lions roared back to level the series with a 33-10 win in the second Test. Inspired by Garry Schofield, Great Britain were outstanding in the first half, which ended with them leading 22-0.

Australia hit back but the tourists were in no need to be denied as they clinched a 33-10 victory. 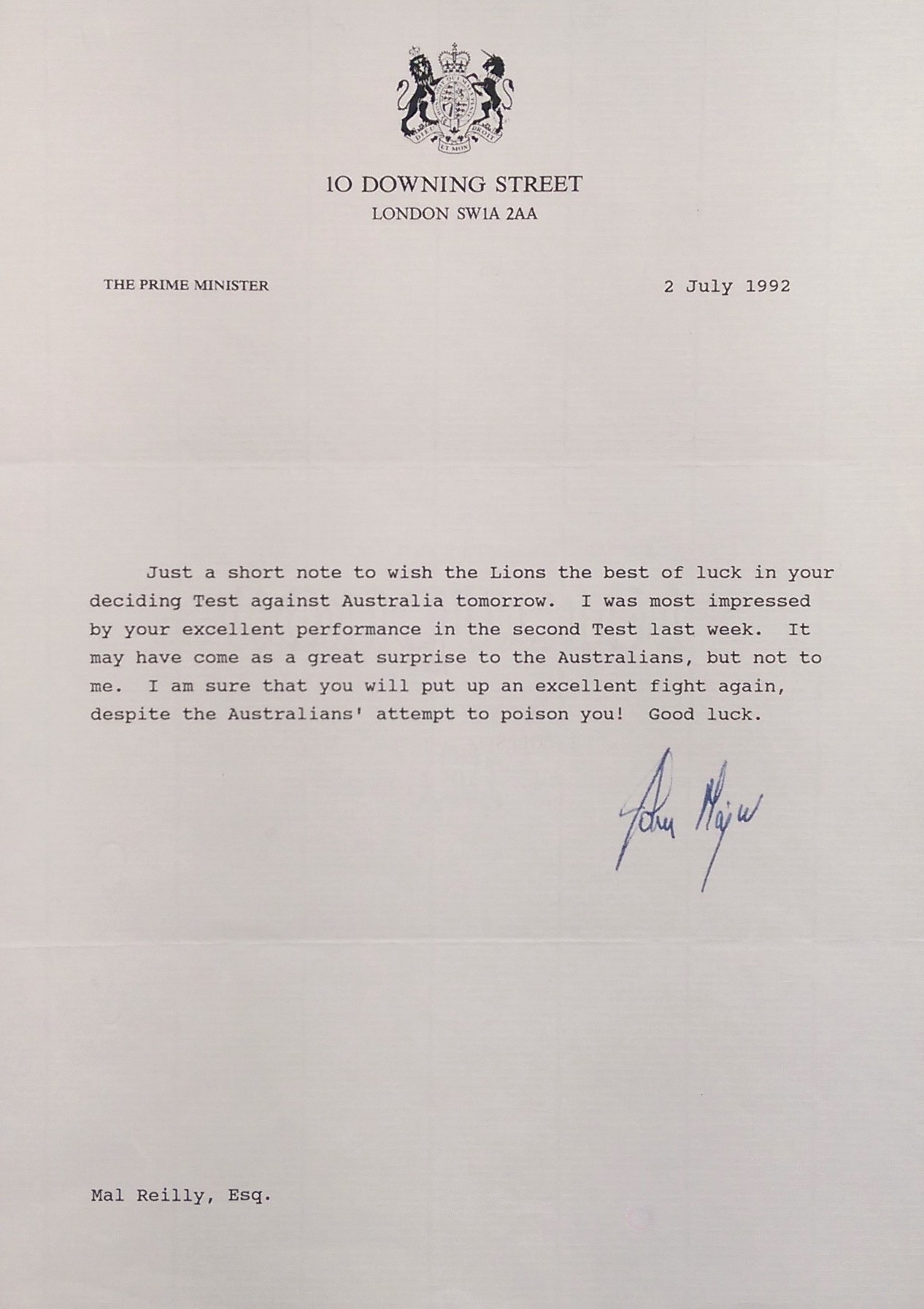 After their sensational victory, the Lions received a personal letter from Prime Minister John Major on the eve of the deciding Test, commending them for their excellent performance in the second Test. This can be found in the administration files for the tour in the RL Cares collection stored at Heritage Quay, Huddersfield.

The final Test was held at Brisbane on Friday July 3. The game was close, but Australia denied Great Britain what would have been their first Ashes success since 1970 with a 16-10 success. 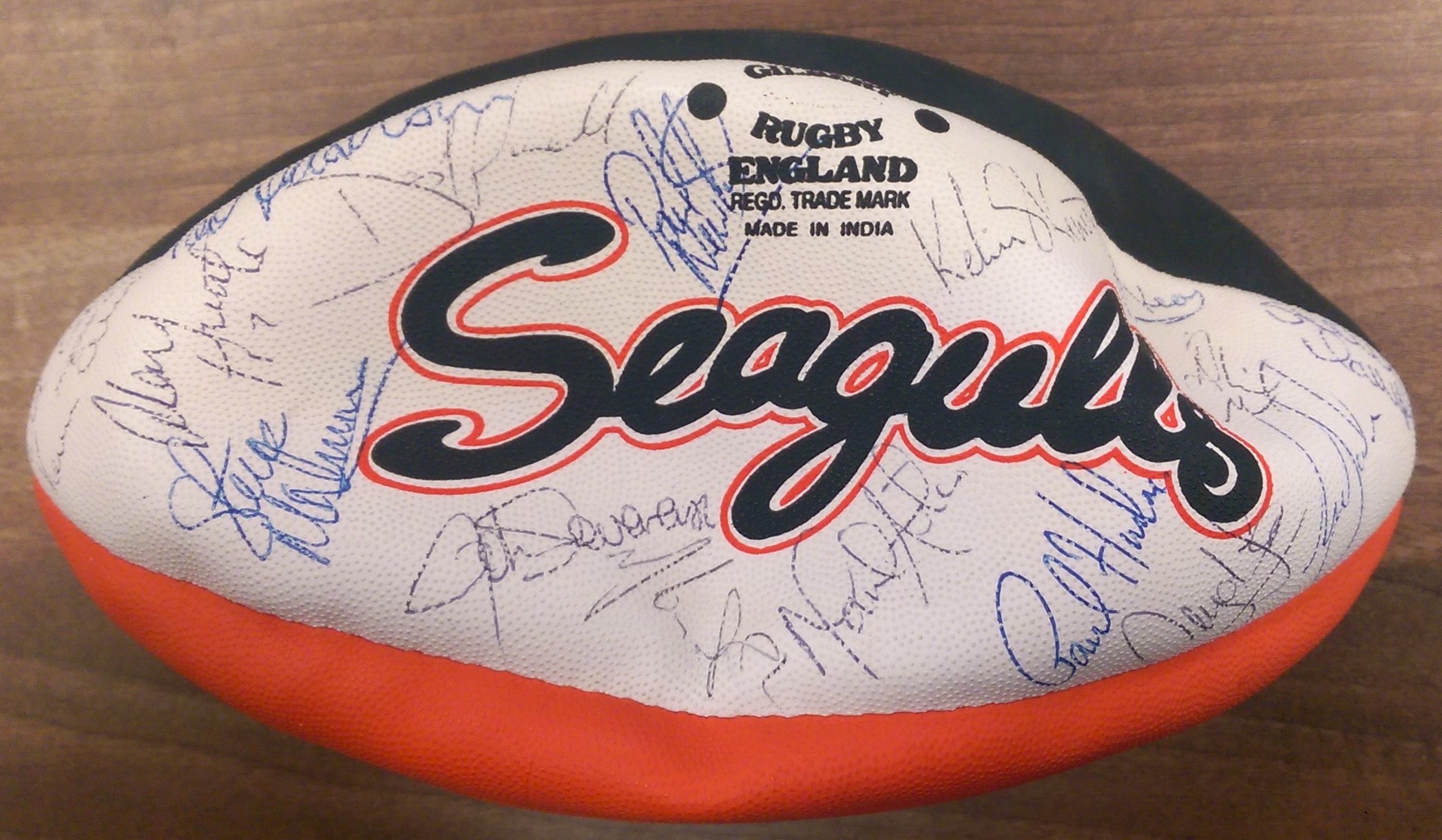 Each of the items photographed can be found held at Heritage Quay, located in the University of Huddersfield, where most of Rugby League Cares’ wonderful collection is held, free for the public to view.

The collection includes a couple of balls from their time Down Under, both of which can be found within the archive. These are a Gold Coast Seagulls ball and an official RFL Great Britain ball signed by the Lions.

Here is a list of some of the items from and about the 1992 tour with their catalogue code: