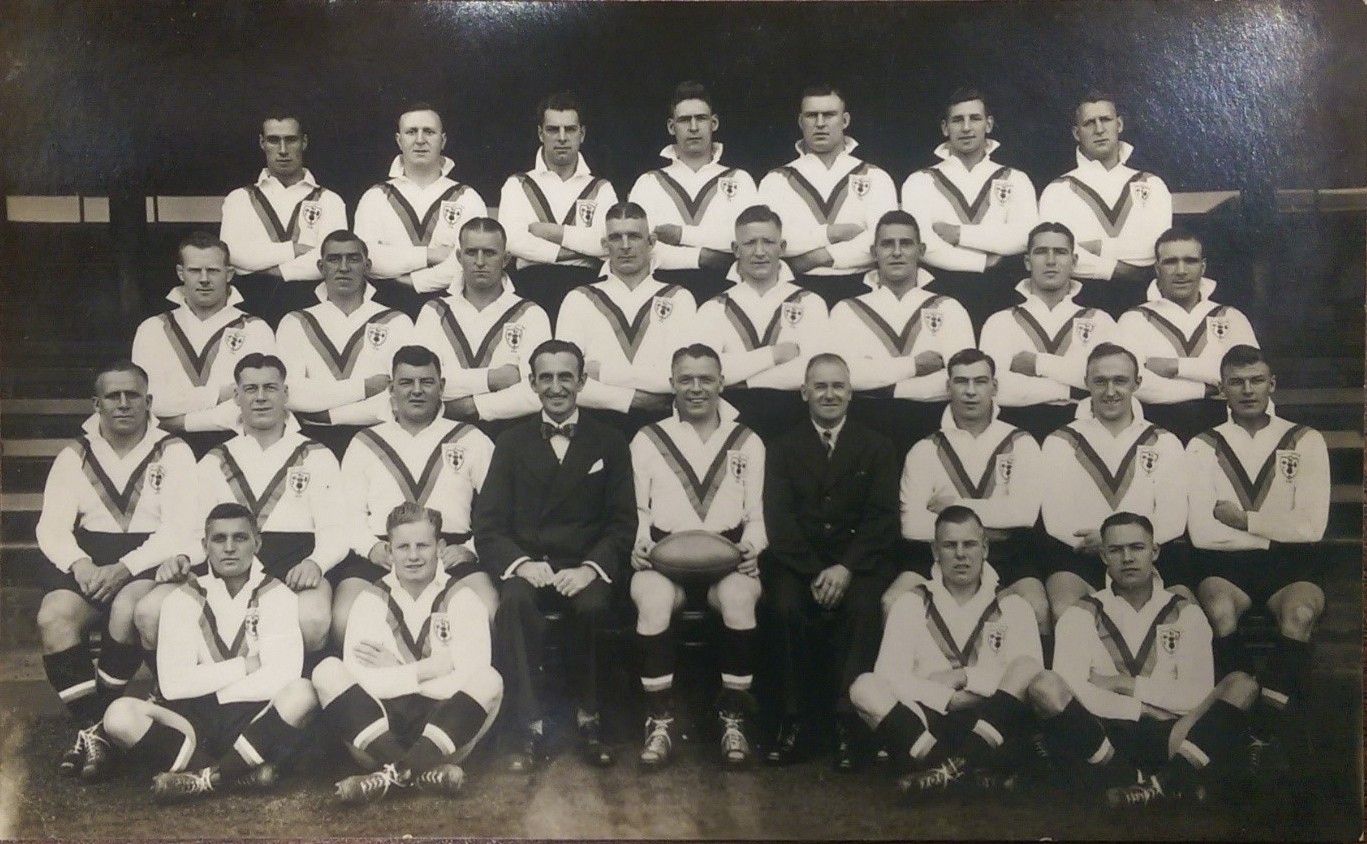 The 1936 tour took place between May and August and involved 24 games, 16 in Australia and the last eight in New Zealand, with five Tests: three vs Australia and two against the Kiwis.

The tourists travelled to Australia by boat, the SS Cathay, on April 17: the Cathay would later be used as an armoured merchant cruiser during World War Two.

An accompanying pamphlet, a copy of which is in the RL Cares archive at Heritage Quay, lists the many events to be taken up on the ship while they conducted the ‘Round the World Football Tour.’ 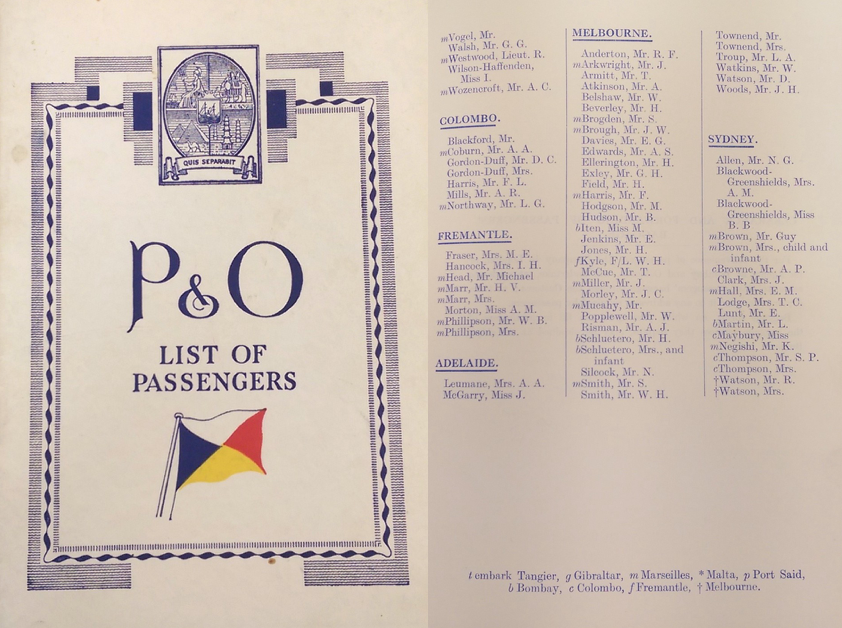 The team docked at Melbourne on the May 25 and travelled to Sydney by train the following day.

There was much fanfare around the first Test on June 29, with interest being so high that it only took 30 minutes after the gates opened at 9am at the Sydney Cricket Ground for the stadium to fill.  The kick-off was not until 3.00pm!

The Test was notable for being the first time the Courtney Goodwill Trophy was awarded in international competition to promote goodwill between the Test-playing nations.

Near to reaching half-time, Australian prop Ray Stehr started a fight with his opposite number, Nat Silcock of Widnes, who was later described by a British journalists as “one of the toughest and best forwards ever to wear the red, white and blue.”

Despite Silcock’s efforts, the Lions lost the game 24-8. 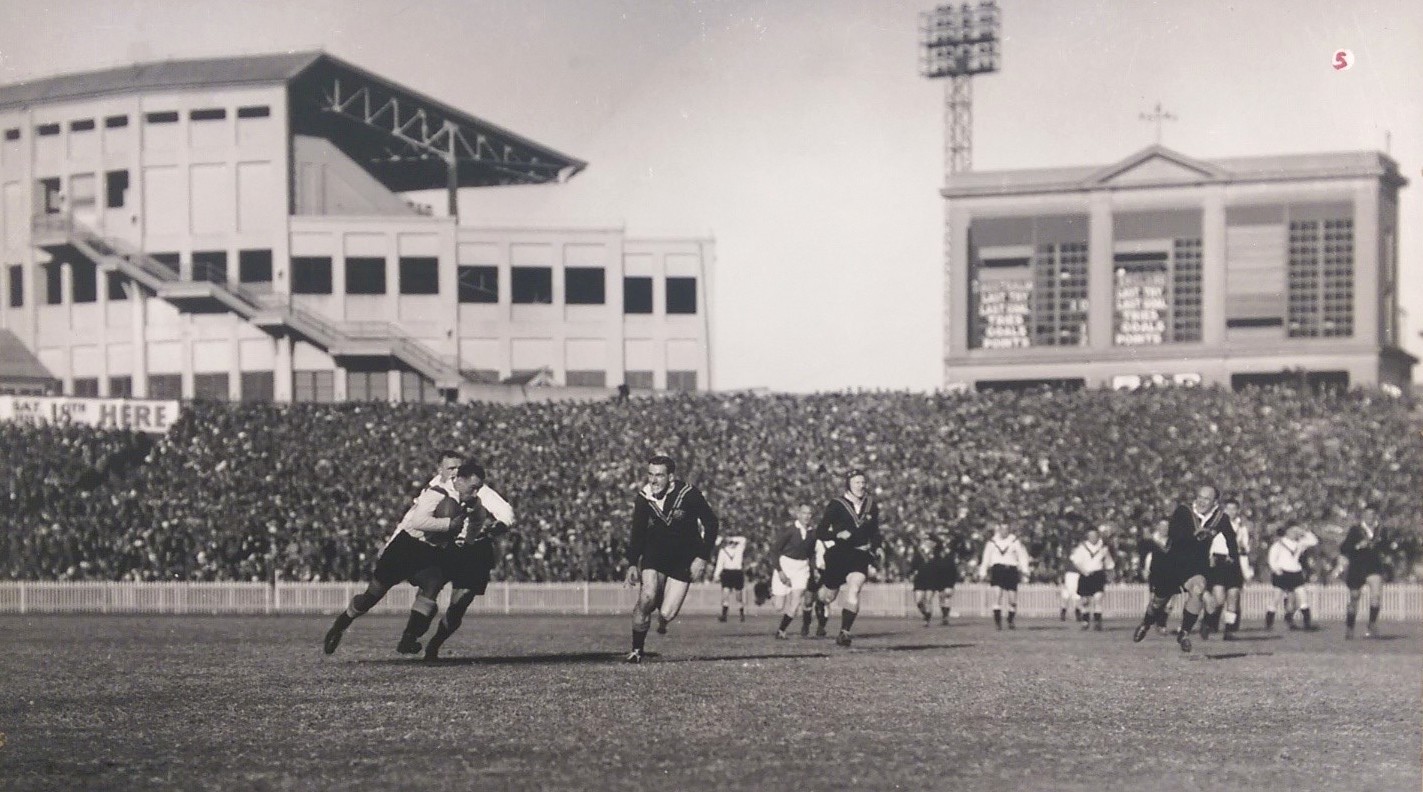 For the second Test played at Brisbane played just six days later, Australia were fired up for the challenge of winning back the Ashes for the first time since 1920. However, through the sheer power of second row Martin Hodgson, centre Gus Risman and Alan Edwards, the Lions roared back to level the series with a 12-7 victory.

Edwards, a Welsh winger with Salford, made a big impression on Australia’s Vic Hey, who would go on to enjoy success in England at Leeds.

“Of the moderns, the men I saw in England during the last Kangaroo tour (1933-34) and those with the present team, this lad is the daddy of the lot. The instantaneous pace he makes is amazing, and how he can fool ’em with the variety of his attacks!”

During the third Test at the SCG on July 18, Ray Stehr provoked another fight, this time involving Warrington prop Jack Arkwright. This resulted in Stehr receiving a three-match ban and Arkwright  games being suspended until July 31.

A 12-7 victory saw the Lions take the series and retain the Ashes before going on to New Zealand where they won all eight games, including a 10-8 and 23-11 successes in two Tests played at Carlaw Park.

Warrington forward Jack Miller was awarded a ‘Top Man’ medal during the tour: the medal is in the archive at Heritage Quay but the story behind it remains something of a mystery. 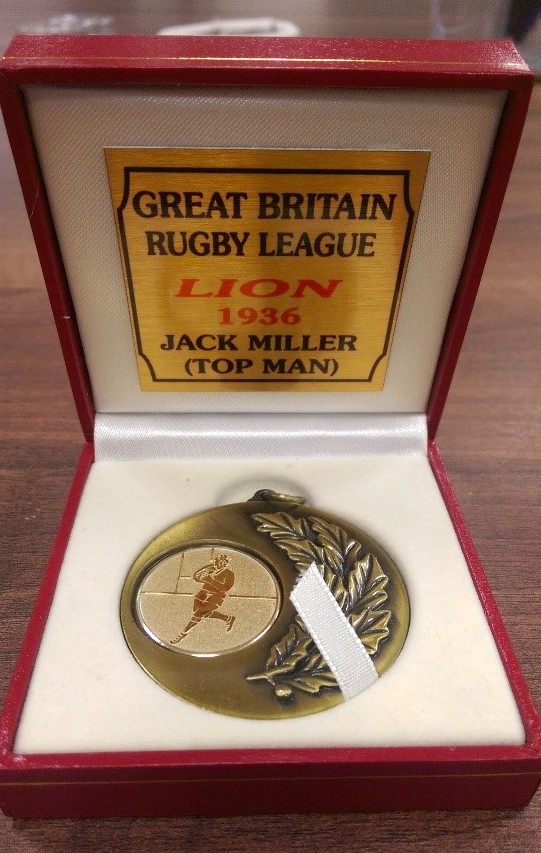 The team returned home on the RMS Akaroa, which departed on August 15 and arrived in Southampton on September 17, one day earlier than planned.

Each of the item photographed can be found held within Heritage Quay, located in the University of Huddersfield, where most of Rugby League Cares’ wonderful collection is held, free for the public to view.

Here is a list of some of the items from and about the 1936 tour with their catalogue code: