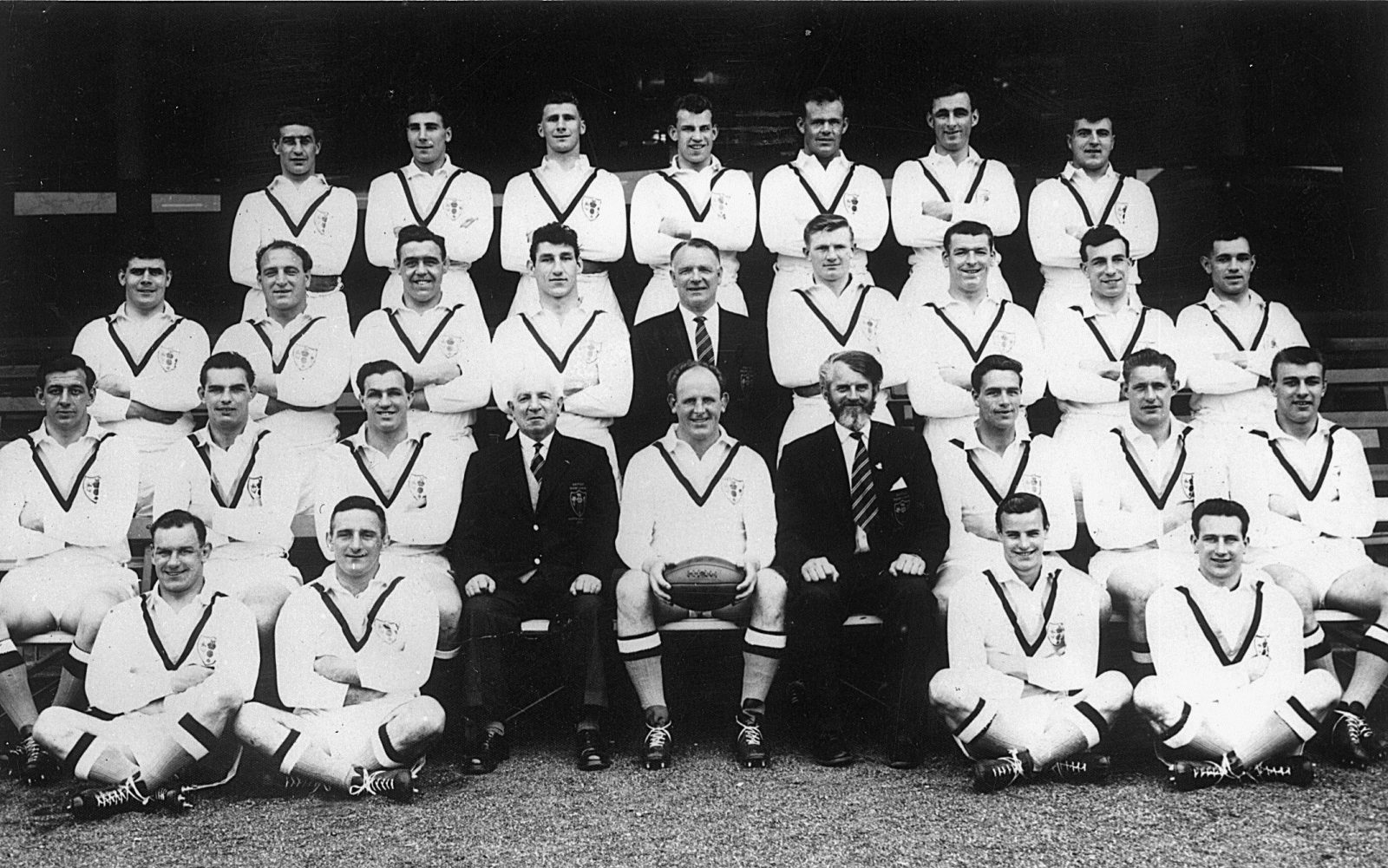 In the heyday of Great Britain, injuries and setbacks could do little to stop the 1958 Lions from claiming the Ashes.

The Lions were coached by Workington Town manager and former Leeds full-back Jim Brough. As for the team, it was the youngest squad ever to tour the southern hemisphere.

Before reaching Australia, the Lions’ travel arrangements were already going awry, starting with a six-hour delay at London Airport. This was followed by further trouble in Zurich, Switzerland, where an issue with the plane’s fuel system delayed them for a further 37 hours. However, the players maintained high spirits throughout their ordeal and arrived in Sydney with less than 48 hours before their first game kicked off. 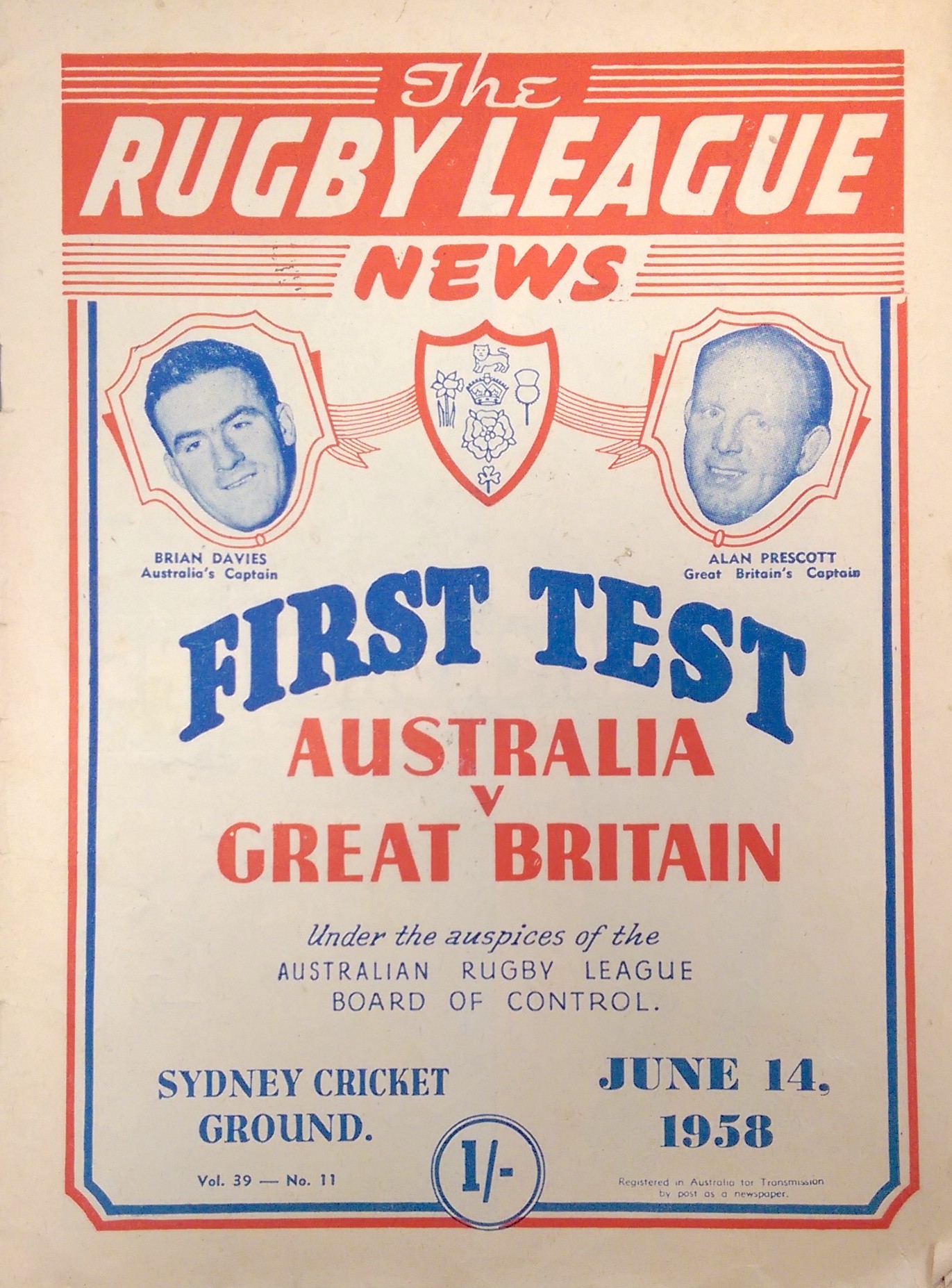 Great Britain went into the first Test on June 14 undefeated with six wins and a draw in their previous tour games: that run was abruptly ended at the Sydney Cricket Ground where, as one newspaper at the time reported, “unforgivable defensive errors let Australia in for three tries.” By half-time, Australia already had an 18-0 advantage, leaving the Lions no chance to catch up in a game that ended with a 25-8 win for Australia. 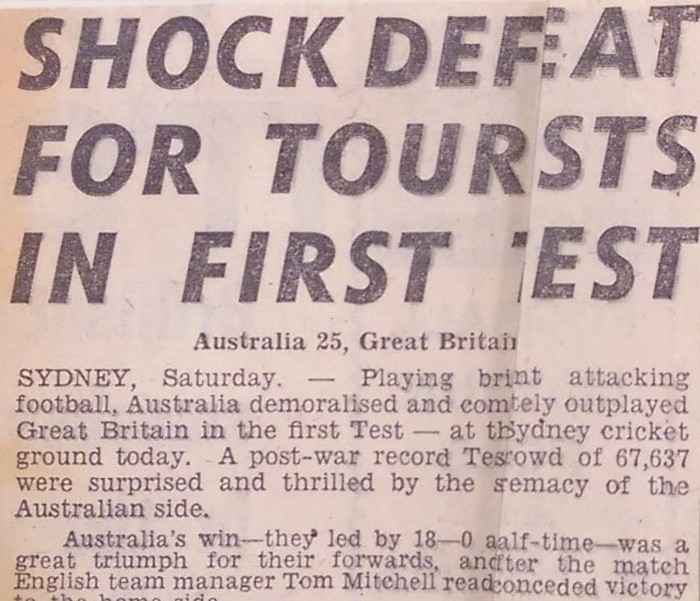 Demoralised, the Lions moved on to make a great, if unlikely comeback in the second Test. Like most inspiring comebacks, it didn’t get off to the best of starts. This was down to injuries across the tour team, most notably captain Alan Prescott who broke an arm. However, this could not break his defiant spirit as the prop stayed on to play for most of the match in a side featuring just nine fit players that levelled the series with an heroic 25-18 victory. 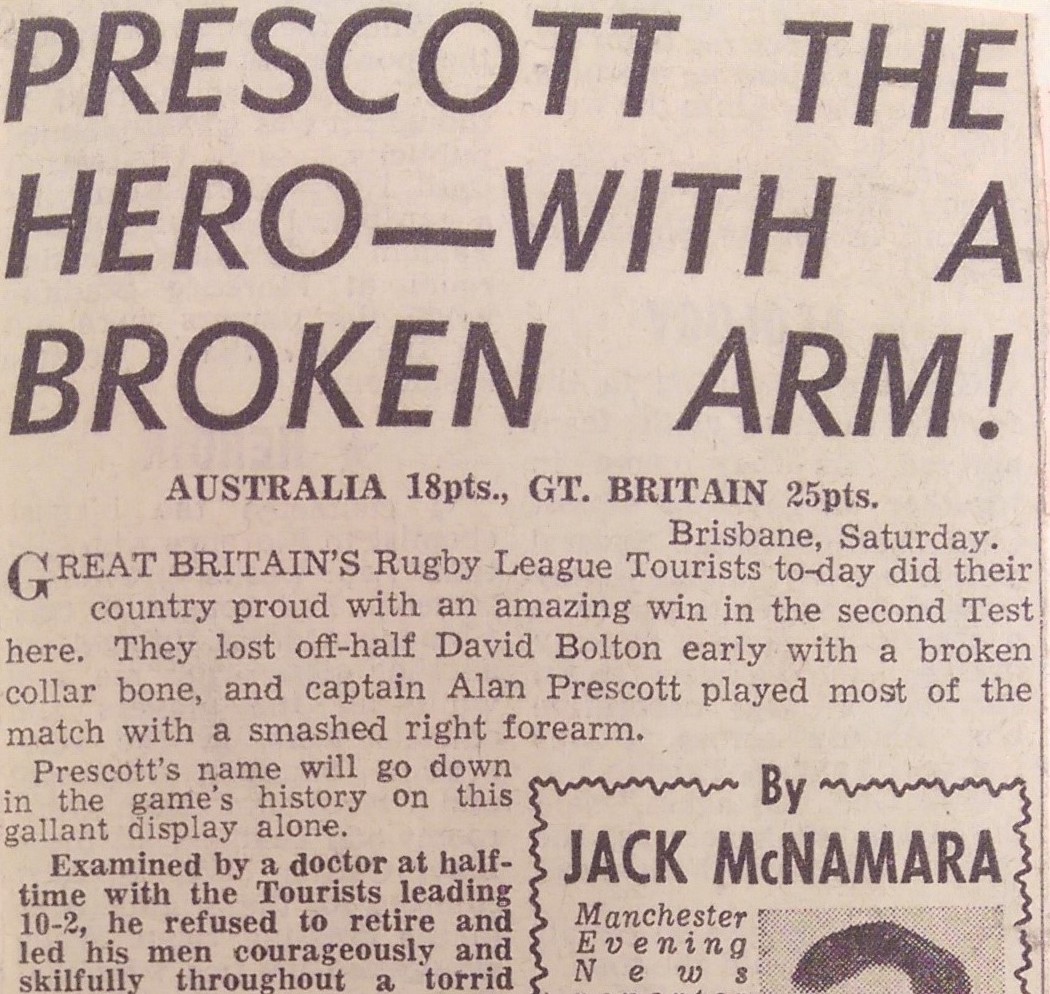 Now that the Ashes hung on the third Test, team manager Tom Mitchell said in a newspaper interview that he would “seriously consider playing himself in the intervening tour matches due to “the need to shelter as many third Test players as possible” from the risk of injury.

During the final Test on July 19 and with Britain leading 14-12, a flash of inspiration by Alex Murphy just after half-time brought him a decisive try that turned the game completely in the Lions’ favour. When the final hooter sounded, Great Britain had reclaimed the Ashes with a 40-17 victory, prompting a jubilant lap of honour with Prescott, his broken arm in a sling, carried high by the tourists. 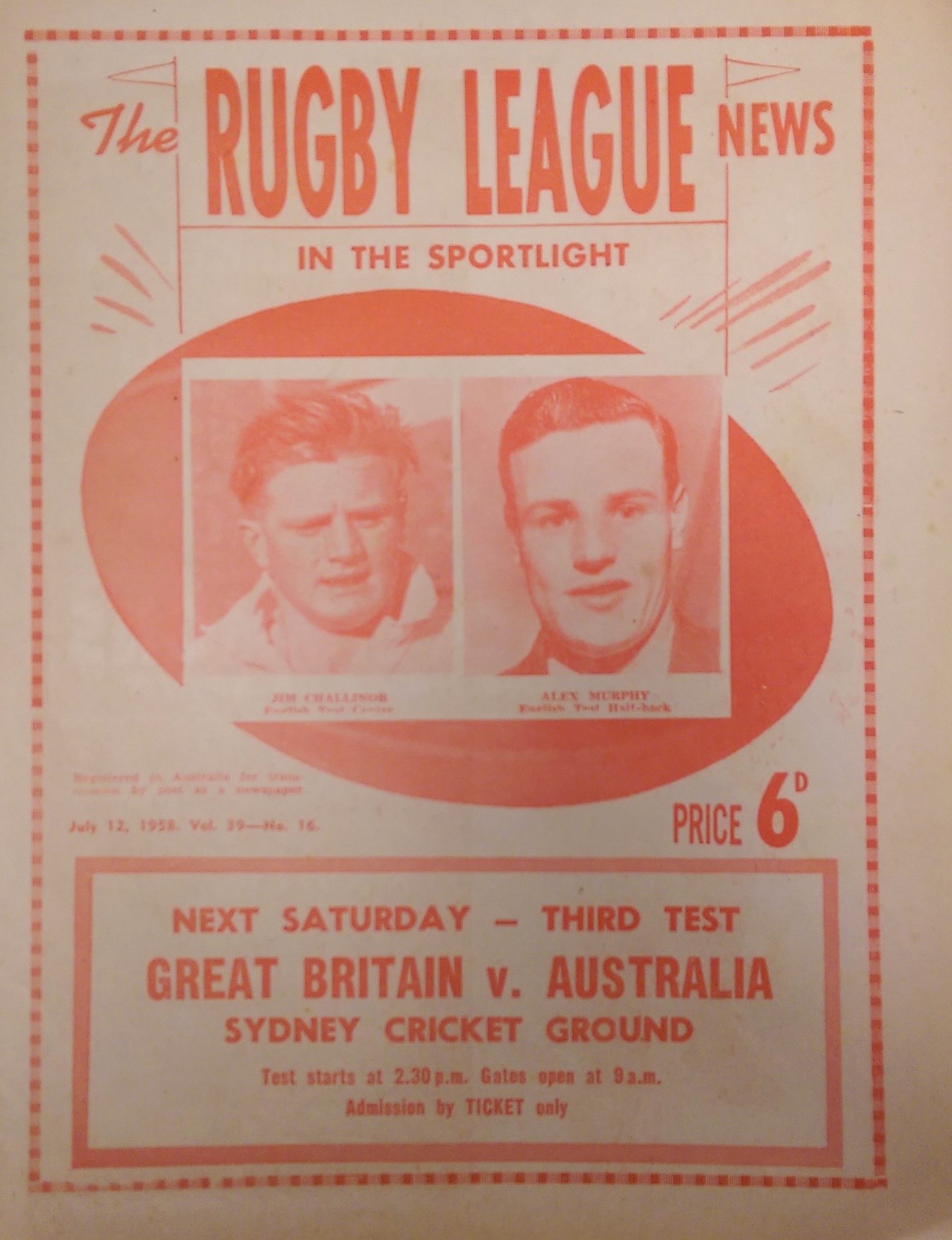 Great Britain then moved on to New Zealand for their games against the Kiwis.

In the first Test on July 26, the Lions suffered a 10-15 loss to New Zealand in a match where injuries took their toll.

The second Test provided much more rewarding, with Great Britain outscoring their rivals by six tries to three in a 32-15 win. 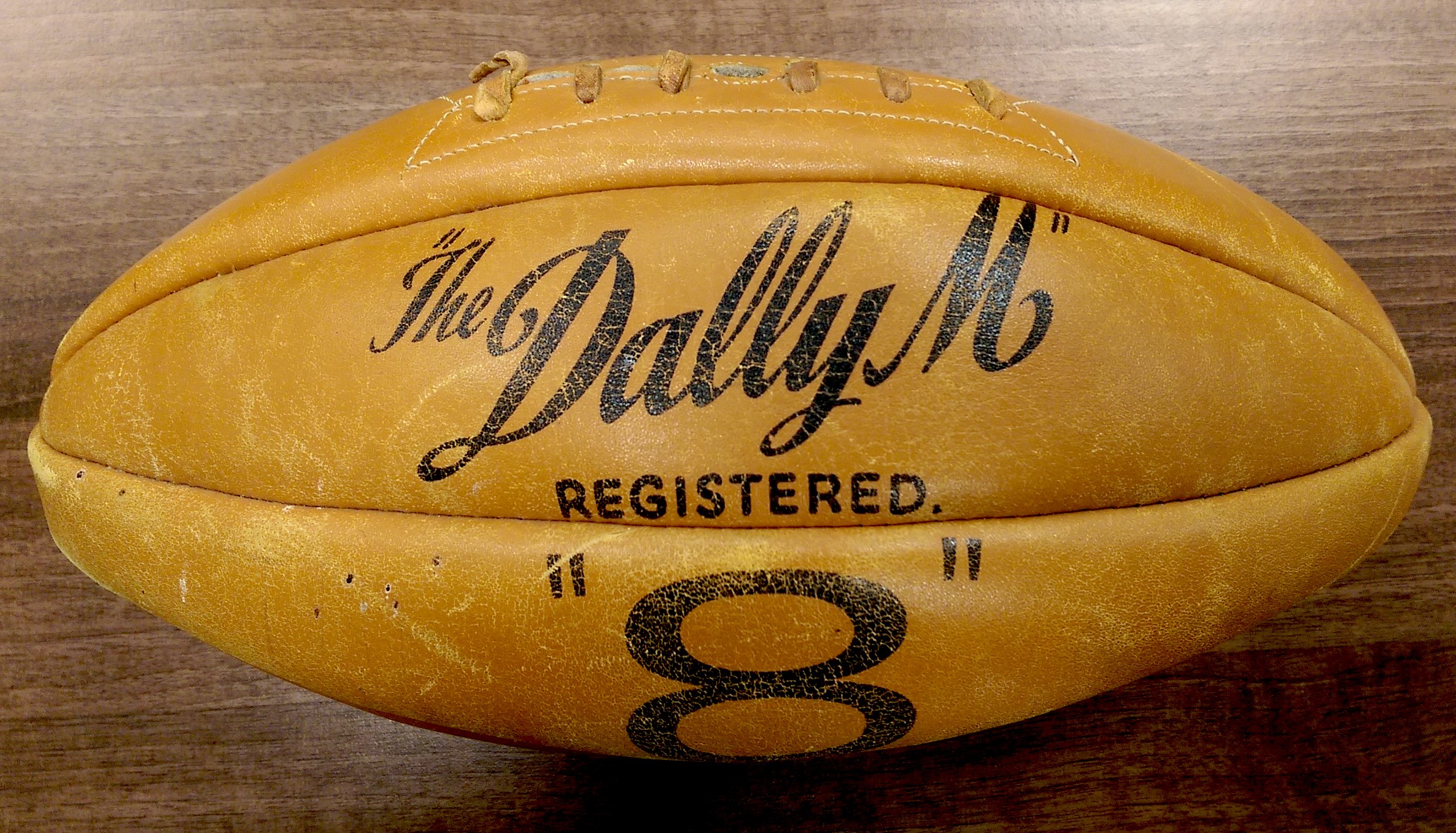 Each of the item photographed can be found at Heritage Quay, located in the University of Huddersfield, where most of Rugby League Cares’ wonderful collection is held. The collection are free for the public to view.

The collection includes the famed ‘Prescott’s Match’ ball from the second Test against Australia, with the faded signatures of some of the Lions’s players.

Here is a list of some of the items from and about the 1958 tour with their catalogue code: 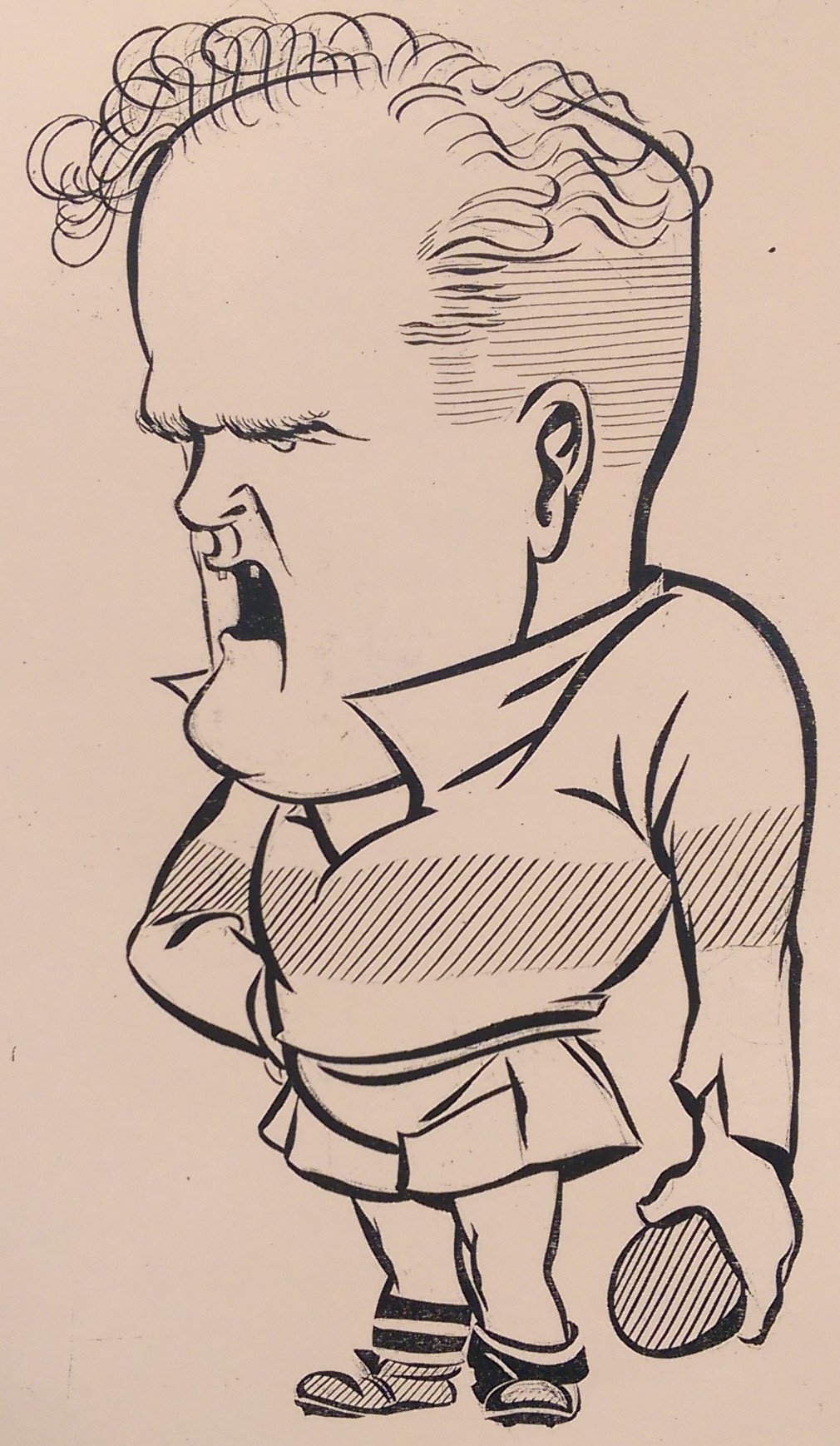