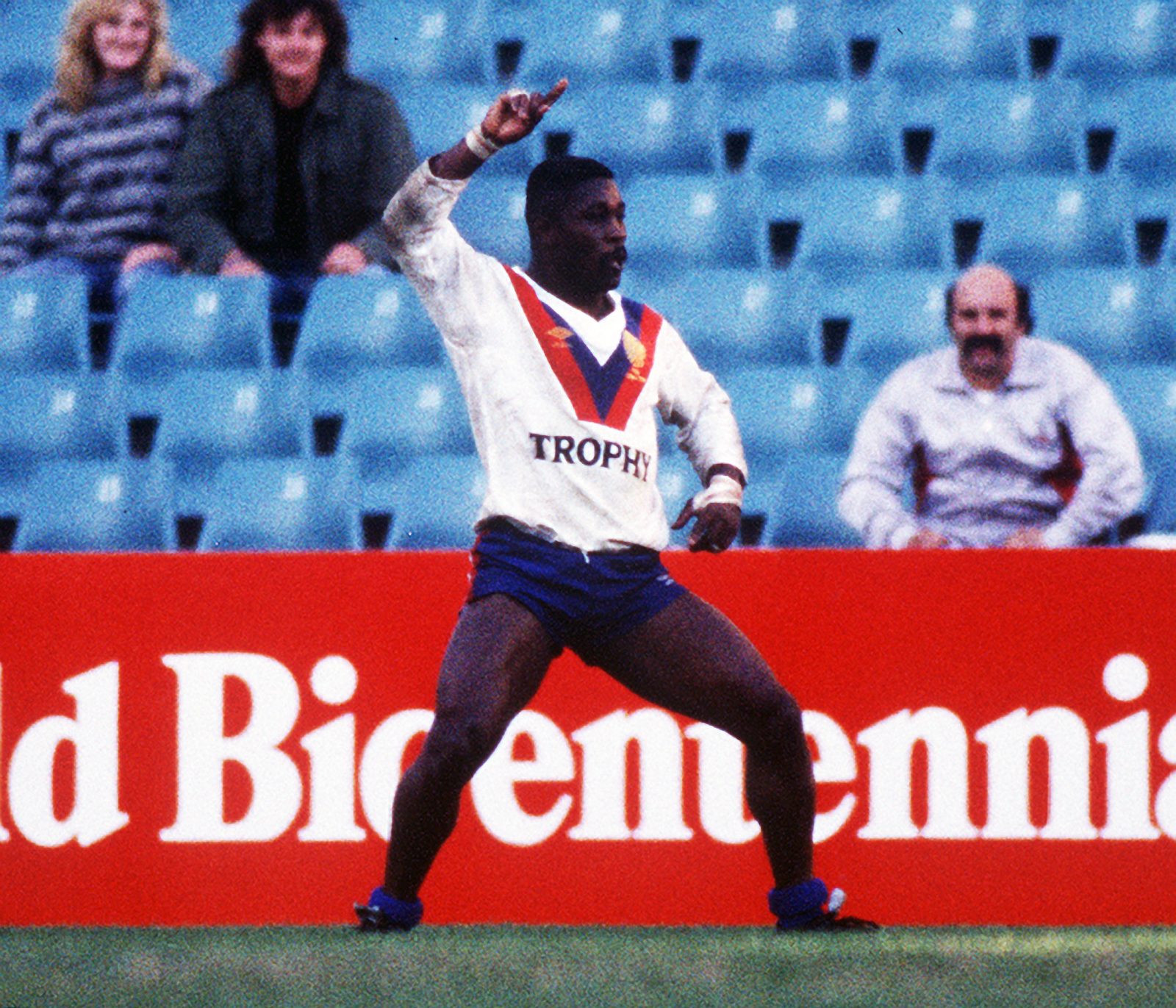 Ahead of the return of Great Britain’s tour to the southern hemisphere in 2019, this article explores the Lions, and one of their most notable tours, 1988.

The 1988 tour consisted of 18 games over a span of nine weeks, at the time one of the shortest tours in the history of the Lions. Five were Test matches, with the remaining 13 matches against local clubs and representative sides from each host nation, starting from Papua New Guinea, to Australia, and ending in New Zealand. 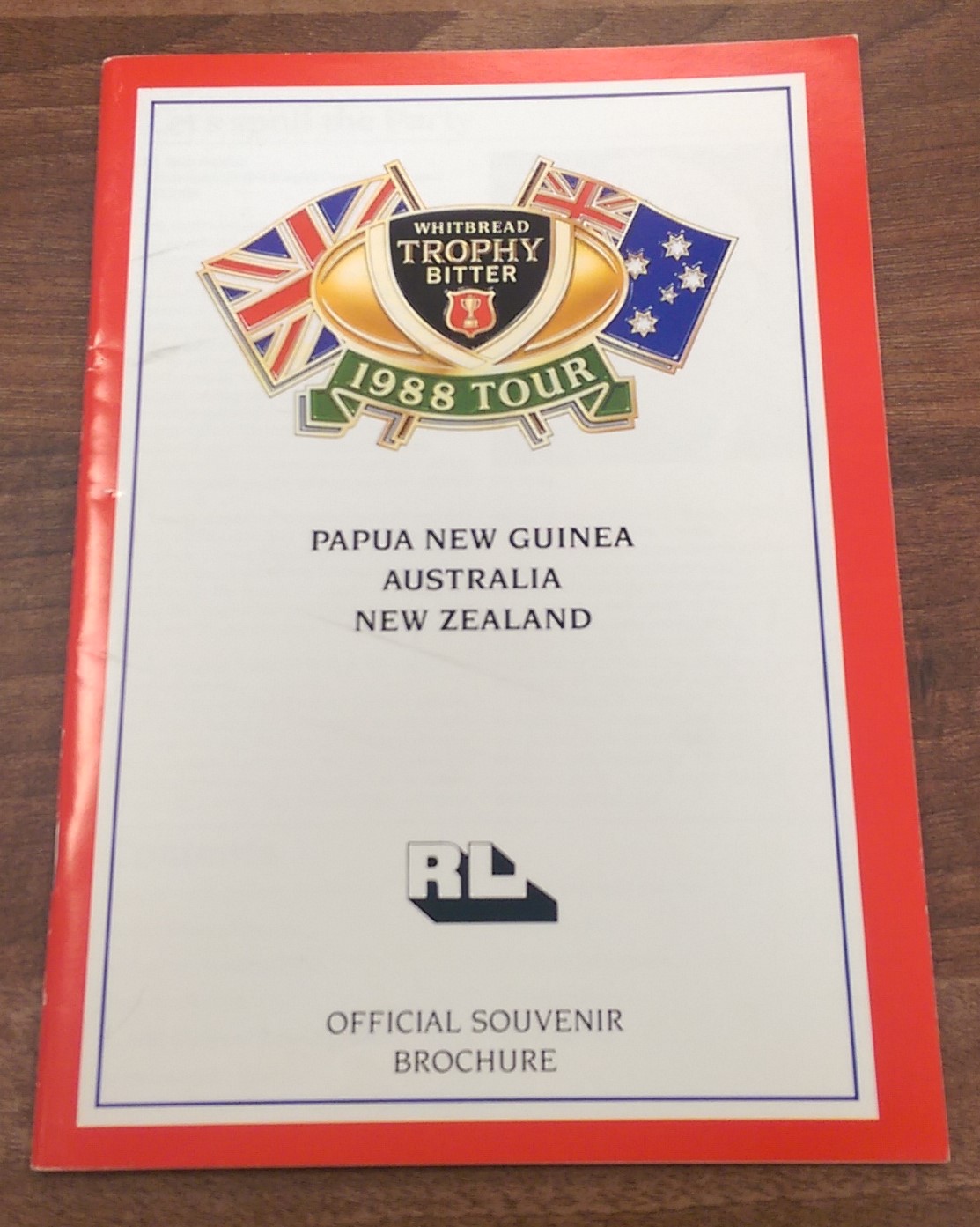 Here are some stories about Papua New Guinea by some of the Lions players:

“It was hot… we had big barrels of ice and water, at the side, and towels dunked inside it… we had to come up the side every chance we got… it was unbelievable.” – Henderson Gill

“I enjoyed Papua New Guinea… it was good for our tour ego, in the heat, situations you’re not used to… the chance to get fit and build yourself up was amazing… it’s hot, it’s hard, hostile, but it what’s you make of it.” – Paul Dixon

“For the people welcoming you, there’s no better place, absolutely sensational, they just love the Rugby League, as we all know it’s their national game.” – Garry Schofield

Great Britain won 10 matches out of the 18, but only won one of the Tests against Australia.

Here, the players talk about how significant it would have been to win the first Australia Test:

“Well, it was the 100th… Test match, so there was something to play for, it was a memorable occasion, unfortunate, we didn’t pull it out of the bag, like what we should have done, but we really should have won that first test… I think we were railroaded in that game.” – Henderson Gill

“It’s massive, it’s like the quote ‘it’s a matter of life and death, but nothings more important than that’.” – Paul Dixon 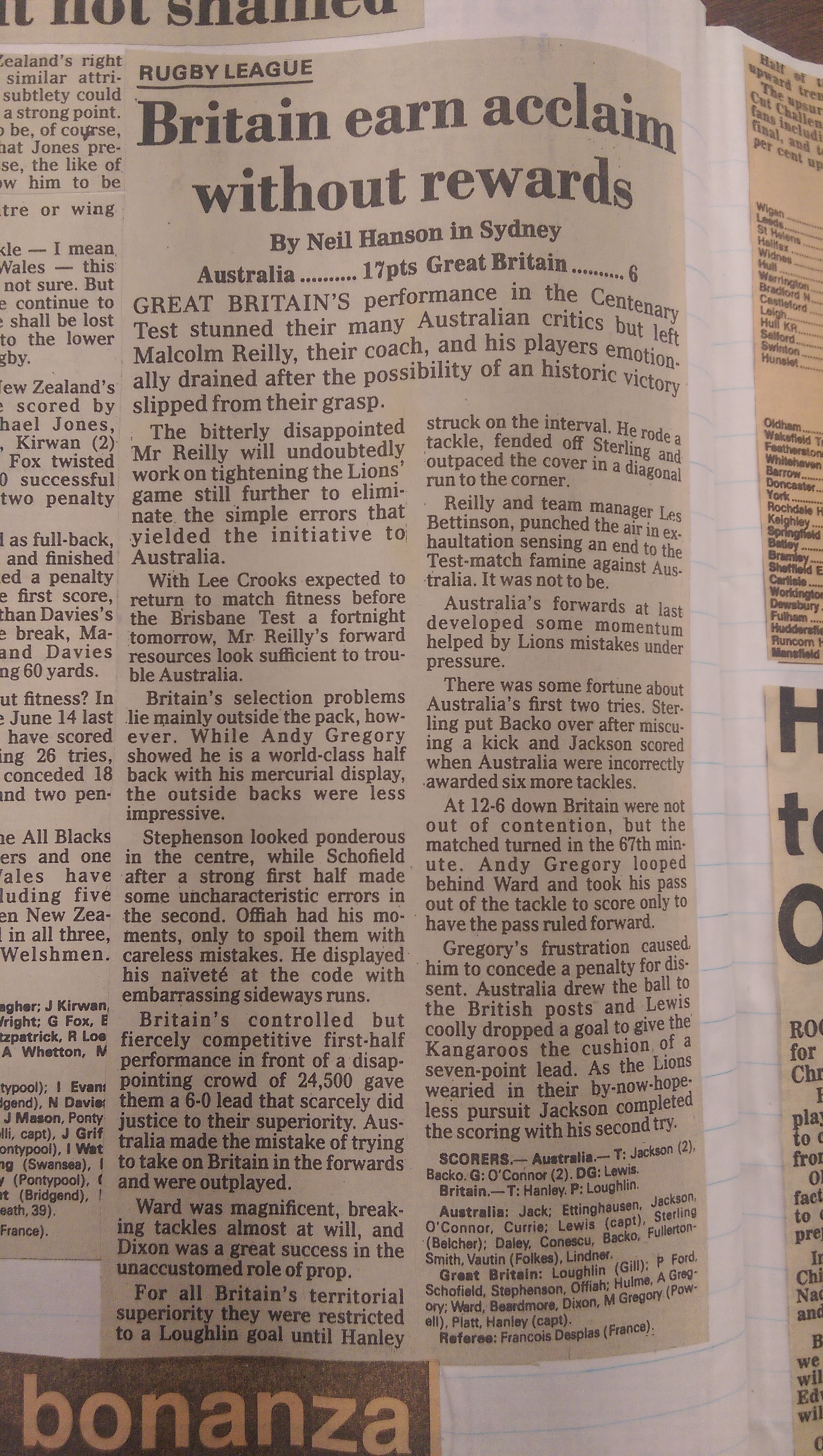 However, they were able to win their last Test again Australia, where they were massive underdogs, and were missing eight players, including Garry Schofield. This ended Australia’s 15-match winning streak in Ashes Tests and the Lions’ 10-year losing sequence going back to the 1978 Kangaroo Tour. It also brought much joy to the players:

“I’m proud to make history, to have been in that side, I’m also proud, you know, to have been selected in that team, to be part of that historic moment, and most of all for the fans that went out there to see us, and backed us.” – Henderson Gill

“The players who put the Great Britain shirt on, the 15 who played that day, well, just absolutely sensational, from 1 to 15… it was the start of a massive corner, about to be turned.” – Garry Schofield. 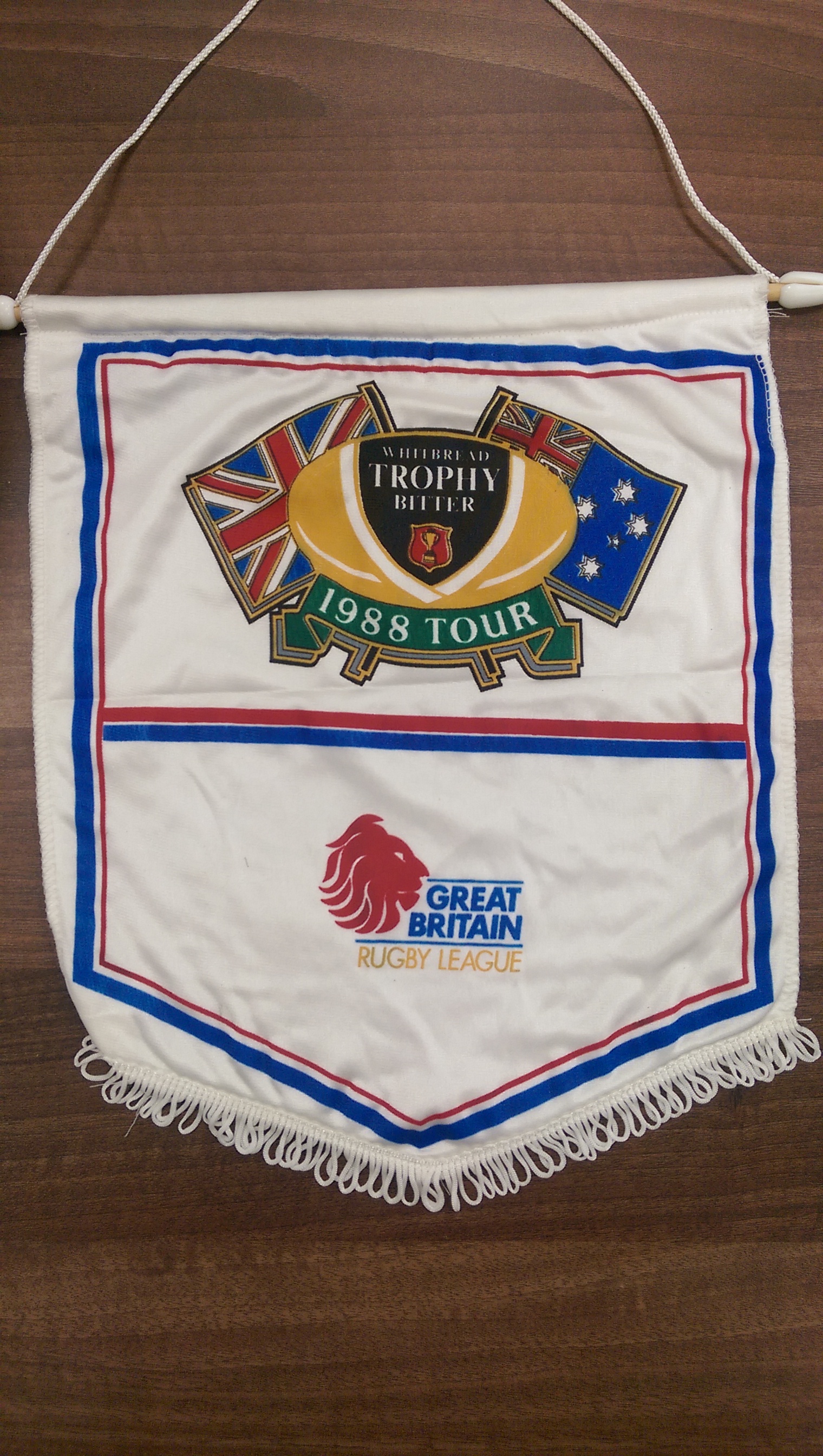 Click on these links – Henderson Gill, Garry Schofield and Paul Dixon – to hear the full interviews  with three 1988 Lions legends.

Each item photographed can be found held within Heritage Quay, located in the University of Huddersfield, where most of Rugby League Cares’ wonderful collection is held, free for the public to view.