Home > What we do > Health and Wellbeing > Oddballs 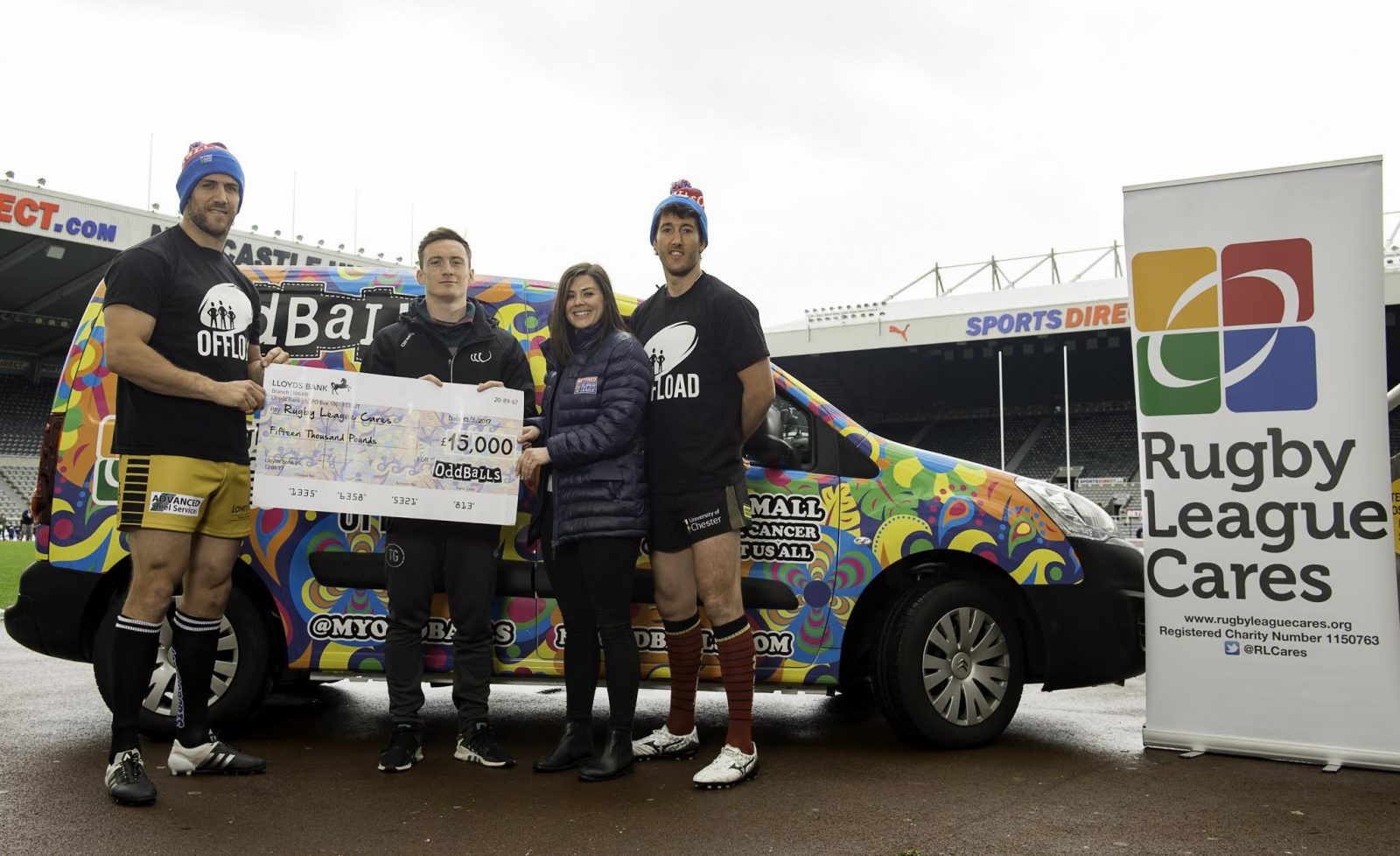 Set up in 2014 as an underwear company to raise money for, and awareness of, testicular cancer, Oddballs has established a national profile through its sporting connections and enjoyed strong visibility at the Super League Magic Weekends held at St James’ Park, Newcastle, in 2016 and 2017.

As part of its support for RL Cares, The Oddballs Foundation made a generous £15,000 donation and provided the charity with a fully-branded vehicle that will be seen at Rugby League events into 2019.

Oddballs is also involved in Offload, the RL Cares men’s health and wellbeing project run in association with State of Mind and delivered by the charitable foundations at Salford Red Devils, Warrington Wolves and Widnes Vikings.

Chris Rostron, the Head of RL Cares, said: “We are thrilled with the Oddballs Foundation’s generous support, they are a terrific supporter of the charity and the work we do.

“Oddballs have raised thousands of pounds for testicular cancer through their sales of underwear and other products which are extremely popular with Rugby League.”

Oddballs Managing Director Will Cooper said: “Our partnership with Rugby League Cares allows us to give something back to the Rugby League community that have been great supporters of what we do.

“Fans, players and coaches have got behind our campaign for the last three years and our support for RL Cares is our way of saying ‘Thank you’ and funding something we really believe is important.

“Testicular cancer and the awareness of it is a key part of the Offload project and a key message that we want to get across.”

For more information on The Oddballs Foundation and the work they do please visit https://www.theoddballsfoundation.com