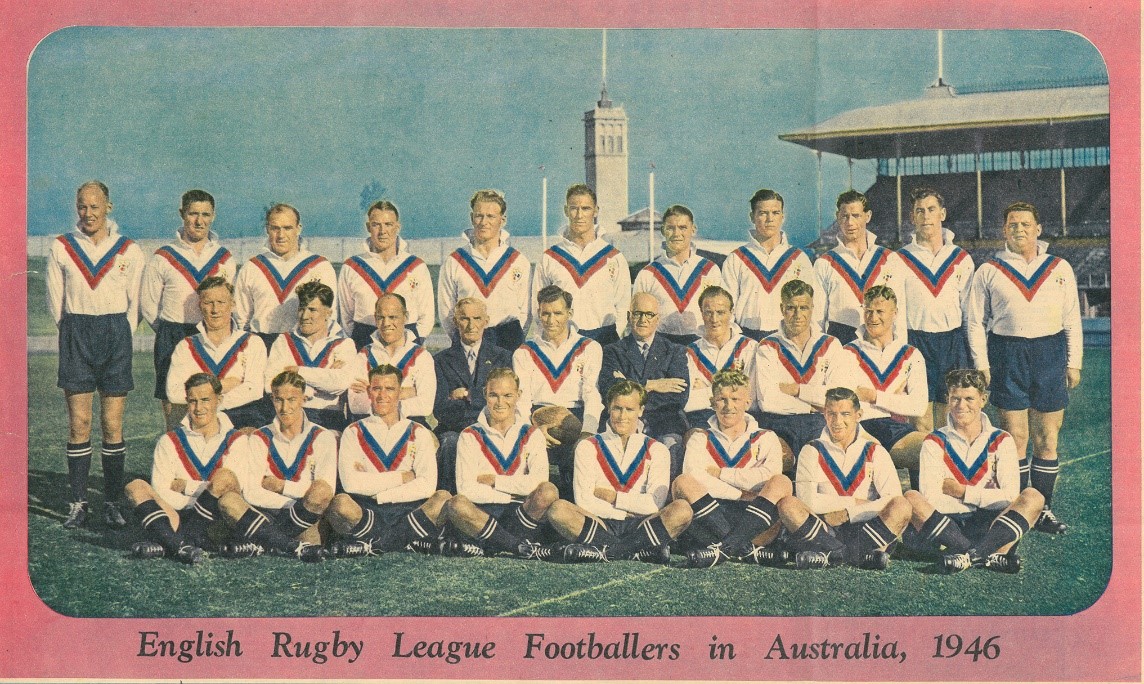 They remain the most successful Great Britain tour team of all time, men who encapsulated the Lions spirit more than any other before or since.

The year was 1946 and the world was still reeling from the effects of World War II. Many of the players who would sail to the other side of the world to take on Australia had been demobbed just a few weeks or months before.

The tour was called to celebrate the close relationship between Australia and the ‘mother country’ which had been reinforced by the important contribution of Anzac troops and the Australian people to the War effort.

The 1946 tour took place between April and August 1946 and involved 20 games in Australia with a further seven in New Zealand. In total, the Lions played four Test matches, three against Australia and one against the Kiwis. 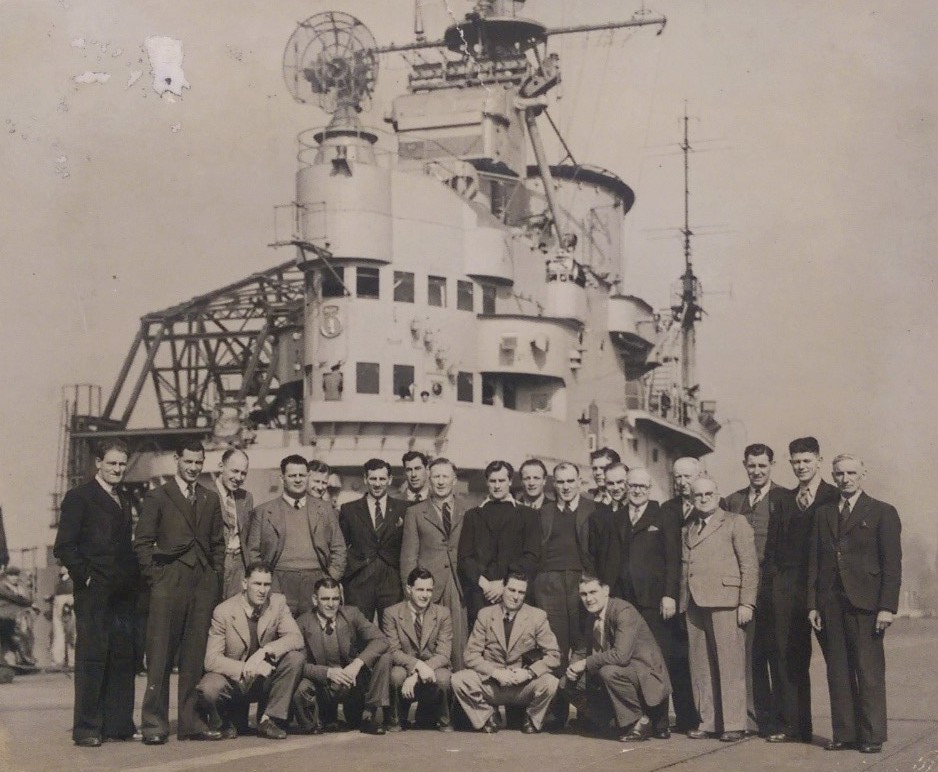 Instead of the customary 30-strong tour party, the 1946 squad comprised just 26 players. But how those 26 heroes performed, winning 21 games out of the 27 to become the only team to go unbeaten in a Test series against Australia.

The tour could have been cut short before even leaving harbour, due to being so close to the end of the War: all commercial transport was committed to bringing soldiers back home and carrying foodstuffs. 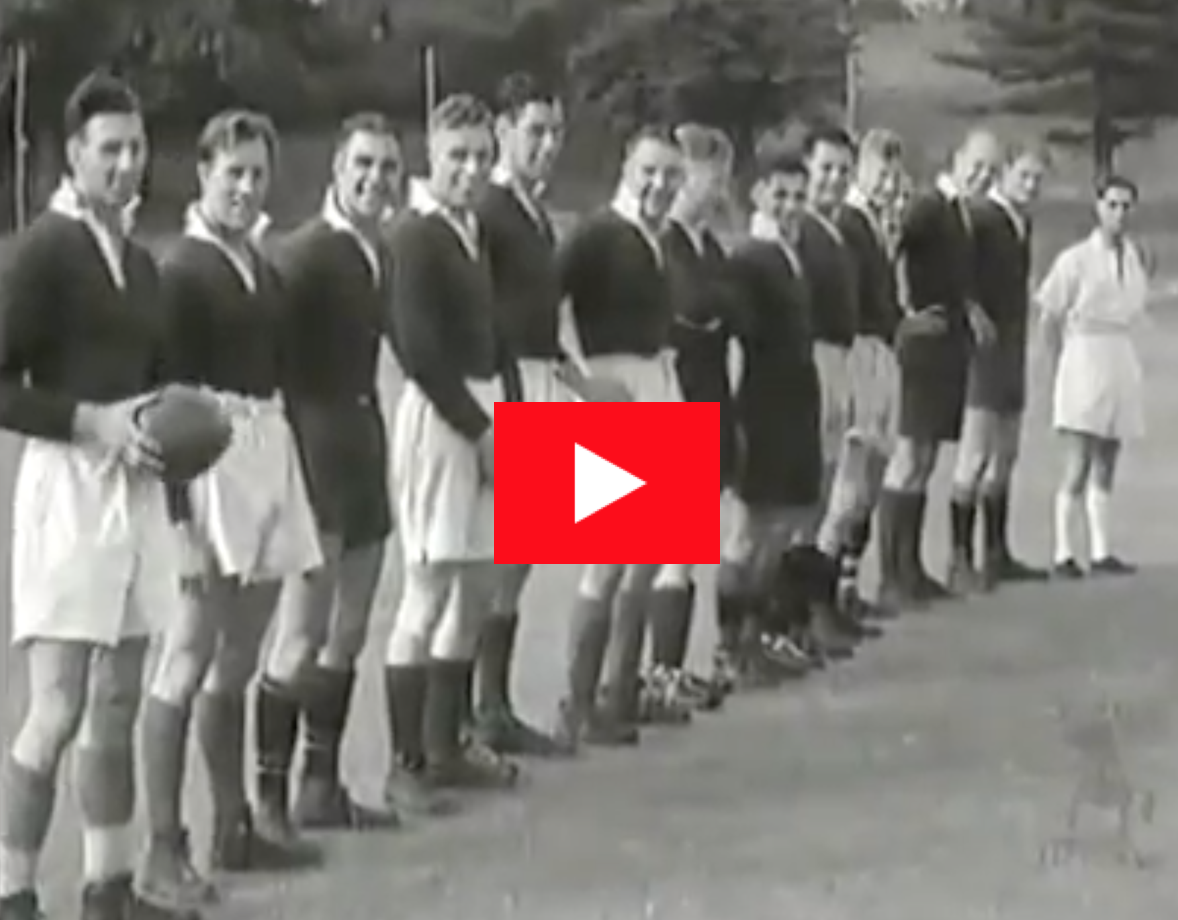 It was only in March that transport was sorted for the team on an aircraft carrier that was repatriating Australian troops and the wives of ex-servicemen. HMS Indomitable left England in the first week of April and its name was to prove remarkably apt given the forthcoming exploits of its sporting passengers.

The first Test was drawn, 8-8. This was attributed by the media to be an unbalance caused by Bradford centre Jack Kitching being sent off near the end of the first half for punching Australia captain Joe Jorgenson. 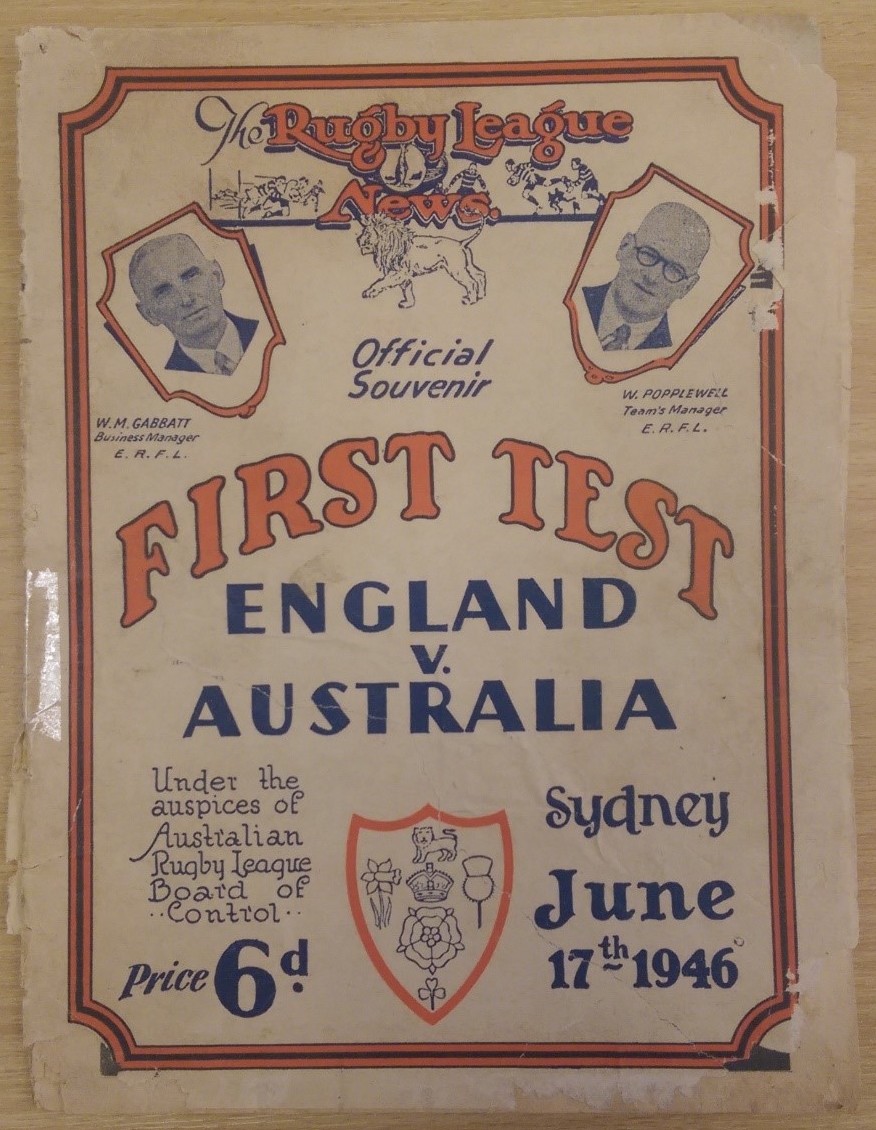 Eddie Waring, the journalist and future voice of Rugby League on BBC TV who sailed with the 1946 Lions, wrote at the time: “Kitching tackled Jorgenson and… Kitching felt a sharp pain in his side. He pushed Jorgenson off, got up, and immediately put his hand on his side. Referee McMahon thought he had hit Jorgenson, and… he had to walk” giving “England an uphill battle with 12 men in the first Test.”

The second Test was more successful for the Lions, who won 14-5 to retain the Ashes for the series. One notable aspect of this game was the phenomenal interest from the Queensland public, who began gathering outside the Brisbane Exhibition Ground many hours before kick-off.

1946 IndomitablesThe crowd built so rapidly that gates at the stadium were eventually broken down to accommodate 10,000 extra people.

An Australian newspaper wrote: “Car loads of police from almost all city and suburban stations were rushed to the Exhibition Grounds this afternoon when the Valley police district chief had ordered the closing of all gates after 65,000 people had jammed their way into the area for the second Rugby League test between Australia and England.”

This was necessary as the England team had to be escorted to the stadium by the police, forcing themselves though the gathered crowd. 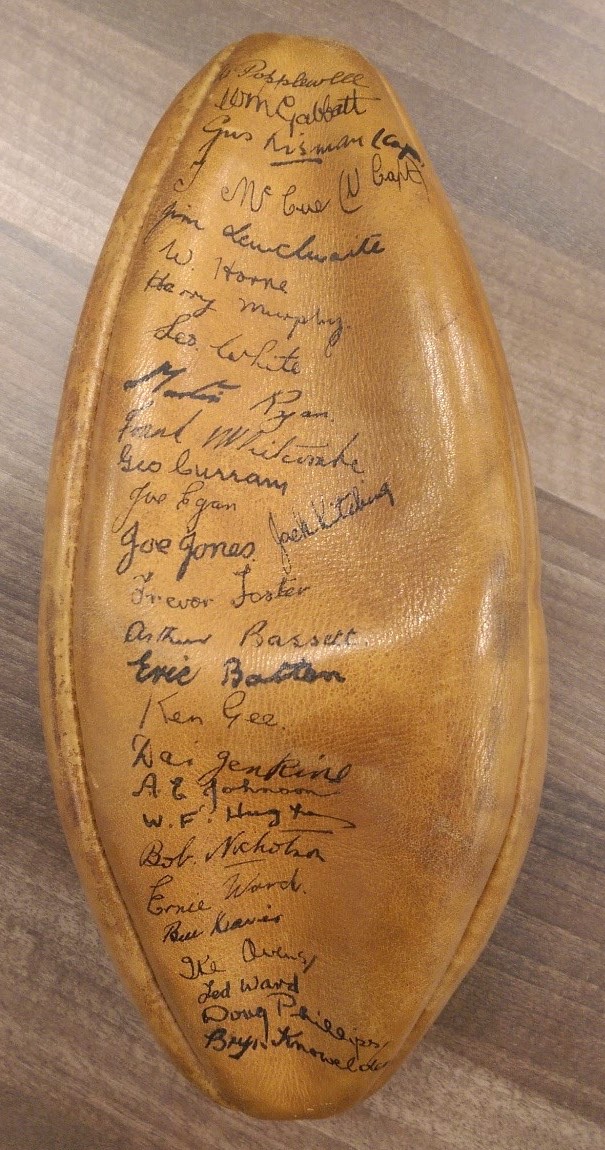 After retaining the Ashes, and winning the 3rd Test 20-7 at the Sydney Cricket Ground, the ‘Indomitables’ moved onto New Zealand for their final Test, which they sadly lost. Some games in New Zealand were marred with heavy and rain-soaked pitches.

“It was not possible on a ground inches deep in mud. It was the first time I had seen seagulls at a football match, but there they were, with the teams in one half of the field and the ‘gulls in the other,” wrote Eddie Waring.

The Indomitables returned home, bringing The Ashes as well as the achievement of outscoring their Australian by a margin of three to one: Great Britain amassed 783 points to Australia’s 276.

All of the items photographed in this article form a small part of the sport’s official collections, stored and catalogued by Rugby League Cares at Heritage Quay within the University of Huddersfield. The collections are free for the public to view.

For anybody interested in exploring the collection at Heritage Quay, there’s an exhibition case dedicated to the exact topic. Also, here’s a list of some of the items from the 1946 tour with their catalogue code:

RFL/AV/1/9 – Bryn Knowelden Collection, which includes many photos of him on tour, as well as a book produced telling the story of the tour