Thousands learn to love League with help from RL Cares 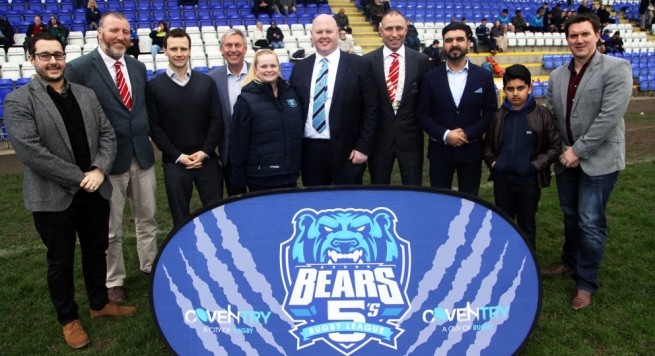 Thousands of people across the UK have become hooked on Rugby League in the last 12 months thanks to participation projects run in association with Rugby League Cares.

The charity has worked with organisations and agencies from London and the South East to the Midlands and Newcastle delivering Sport England-funded programmes that have taken Rugby League to new audiences.

RL Cares has also run projects in Cumbria, the East Riding of Yorkshire and with Asian communities in West Yorkshire, but it is outside the sport’s traditional heartlands that the biggest impact has been made.

Men and women of all ages are now playing Rugby League on a weekly basis in London, Coventry and the North East in a variety of formats after signing up to RL Cares projects.

Two new summer rugby-focused community clubs have also been launched in the city to build on the success of the Bears 5s and Sky Try projects between March and September.

This includes the West Coventry and East Coventry satellite clubs  which will hold Rugby League activities throughout the summer for the whole family.

Coventry Bears managing director Alan Robinson said: “One of the most important aspects of the sport is that it is accessible to play by anyone and almost anywhere, and this rapid growth suggests that we are heading in that direction.

“Bears 5s has not just grown, but also adapted the sport to meet the needs of different types of participants ranging from ex-rugby players who want full contact, to female only games including more fitness activities.”

In London and the South, a new version of Rugby League which features all the thrills and skills of the sport bit none of the pain has proved to be a big hit on university campuses.

Almost 650 students have played ‘Tagged’, a mixed, social version of tag Rugby League that has been piloted in 12 universities by the London Rugby League Foundation.

Half of the universities now playing Tagged had previously not run Rugby League teams and a staggering 72 per cent of participants had never played the sport before.

James Szymic, the project manager for Tagged, said: “It’s been really rewarding to see the number of students that Tagged has encouraged to get back into sport and to give Rugby League a go for the first time. The offer is fun, inclusive and a great way to get fit and make new friends.”

In the North East, Newcastle Thunder players Joe Brown and Rhys Clarke have delivered coaching sessions in schools throughout the region and the League 1 club has launched Thunder Fit and Thunder Touch RL sessions for people aged over 16.

Clarke said: “We have engaged people who’d never played rugby before and who hadn’t been involved in much sport in general.

“Girls, in particular, have really taken to it. The programme started with a six-week block in their PE lessons and moved on to after-school clubs for a further six weeks: the numbers who transferred over were brilliant.”

In Leeds, Bradford and Kirklees, RL Cares projects delivered by the 20:20 Foundation and the Bradford Bulls Rugby Foundation have introduced Rugby League to hundreds of children and adults from Asian communities.

Rugby League Cares Programme Manager Chris Rankin-Wright said “We’ve made huge strides in the last year and have learnt a significant amount about the various ways in which people can engage with Rugby League from the local communities engaged so far.

“It’s been a sharp learning curve for everyone and, more importantly, hugely enjoyable for all. The communities we have reached have developed a rich understanding about Rugby League and we have been able to learn more about their needs and expectations.”

All the agencies involved in delivering the RL Cares participation programmes will now begin writing up project reports for completion by early-May, when the process of evaluation will take place.

Sport England funding for the RL Cares project ended on March 31 and the charity is now exploring future opportunities to sustain and grow the levels of participation developed so far.