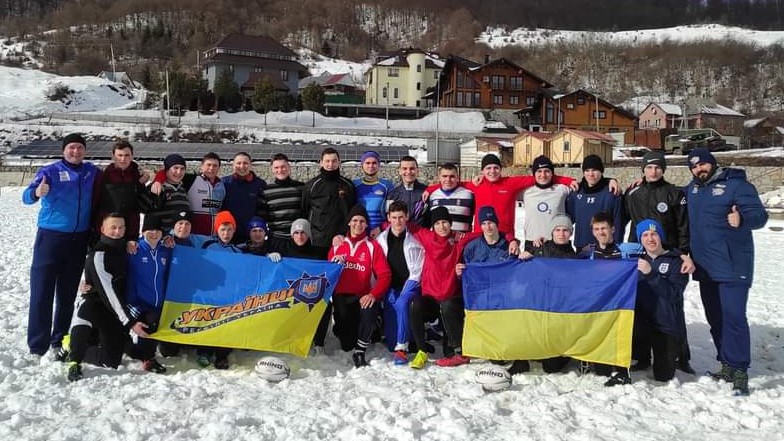 Rugby League Cares is proud to announce that it has today launched an appeal to raise the funds needed for Ukraine to enter a team into the European Under-19 Championships in Italy later this year.

Ukraine have been given the go-ahead to compete in this important tournament in Lignano Sabbiadoro in September by the Ukrainian Federation of Rugby League and the Ministry of Youth and Sports of Ukraine, together with the European Rugby League.

However this proud nation requires a funding boost to compete alongside England, Ireland, Italy, Serbia, Scotland, Wales and defending European under-19 champions France.

“We will continue the preparation of our team over the next few months and we plan to make Ukraine and the global game of rugby league proud of our participation in the tournament.”

As the country continues to struggle with the impact of the Russian invasion, the UFRL is searching funds for the tournament and is partnering with European Rugby League and Rugby League Cares, who are providing a fundraising platform to allow fans around the world to donate and provide financial assistance.

The initial fundraising target of £30,000 / €35,000 has been set to cover the cost of transport, accommodation, kit and equipment and preparation time.

Chris Rostron, the Head of RL Cares, said: “RL Cares is a long established and trusted independent charity and we are delighted that we are able to support the Ukrainian Federation of Rugby League’s plans to take part in the Rugby League U19s European Championship.

“We have all seen the devastation and the life changing effects that the ongoing war has caused to the lives of civilians there. We know that sport brings hope and we are honoured to be playing our part in bringing that to the players involved and keeping the Rugby League flag flying in Ukraine during this very difficult time. I am encouraging everyone around the world who loves Rugby League to play their part and make a donation in support of this cause.”

The U19s Championship, which has been almost three years in the making due to the global pandemic, has taken on a new meaning for hosts Italy who will use the event as a catalyst to their domestic activity.

“I’d like to thank our board for their commitment to the tournament and their patience over the last two years and for managing the postponements so well,” said Orazio D’Arro, president of the Federazione Italiana Rugby League.

“We are delighted to be hosting this prestigious event in Italy and to be able to showcase the country and Italian Rugby League to our colleagues in Europe, and especially to welcome our friends from the Ukraine who are going through so much at the moment.

“We’ll be using the tournament as a springboard to rejuvenate Rugby League in Italy after the pandemic and look forward to an amazing event.”