The last Great Britain team to taste World Cup glory in 1972 will mark the 50th anniversary of their success as guests of honour at this year’s Rugby League World Cup semi-final at Elland Road, Leeds, on Friday November 11.

Seven of the 10 surviving members of the squad who were unbeaten in the four-nation tournament in France will make an emotional reunion 50 years to the day since captain Clive Sullivan hoisted the World Cup trophy in Lyon.
Great Britain’s magnificent seven will be VIP guests of RLWC2021 and will be introduced to the Elland Road crowd at a special ceremony attended by Sullivan’s widow, Ros, and her family.
The seven – Paul Charlton, Mike Stephenson, George Nicholls, David Jeanes, Brian Lockwood, Dennis O’Neill and David Redfearn – are being reunited with help from Rugby League Cares, the independent charity that supports players across the sport.
All seven players had key roles in what proved to be Great Britain’s last World Cup victory – which was sealed with a 10-10 draw against Australia in the final, after victories over France, New Zealand and the Kangaroos in the group stage.
Today (November 4) marks the 50th anniversary of Great Britain’s 53-19 demolition of New Zealand in Pau which secured their place in the final.Charlton, who has flown in from his home in Australia to attend the reunion, played in all four games of the tournament, as did Stephenson, Nicholls and Lockwood. Former Leeds prop Jeanes missed just one game, a tough 13-4 win against France; Bradford wing Redfearn was a substitute in the win against New Zealand; and Widnes stand-off O’Neill scored a crucial try in the opening 27-21 win against Australia before injury ruled him out of the rest of the tournament.
Former Dewsbury hooker Stephenson, who went on to become one of the all-time greats at Australian club Penrith Panthers before forging a successful broadcasting career with Sky Sports, said: “Winning the 1972 World Cup remains the finest hour for all the players involved and it’s going to be wonderful to meet up with so many of them again.
“We did have a reunion at the World Cup in 2013 and, just last week, four of us got together to chew over old times when Charlo (Paul Charlton) flew in to see his family in Whitehaven.
“It was a special time for a special group of players and it’s great that the Rugby League World Cup are bringing us back together again 50 years on.” 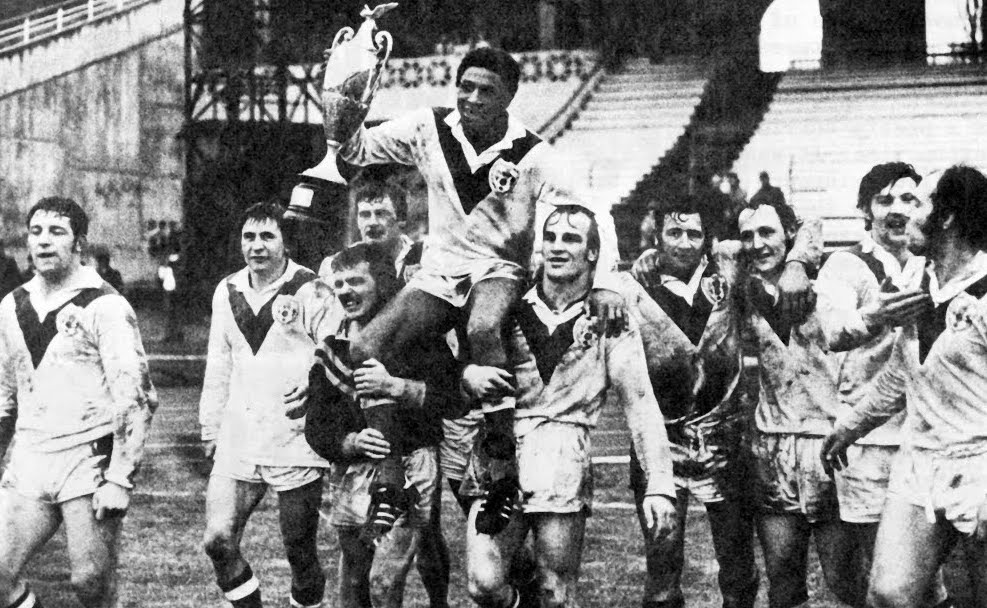 RLWC2021 Chief Executive Jon Dutton said: “We are delighted to host the 1972 World Cup-winning team as our VIP guests on the 50th anniversary of their success in France.
“Their achievement and the memories they created underline the importance of international competition and the unique nature of the World Cup.
“I’m sure the eventual winners of this year’s Men’s, Women’s and Wheelchair tournaments will look back with equal fondness in 50 years’ time at what they have achieved.”
Tickets for the remaining fixtures in RLWC2021, including the men’s semi-finals at Elland Road, Leeds on Friday November 11, and Emirates Stadium, London, on Saturday November 12, are available by visiting www.rlwc2021.com/tickets