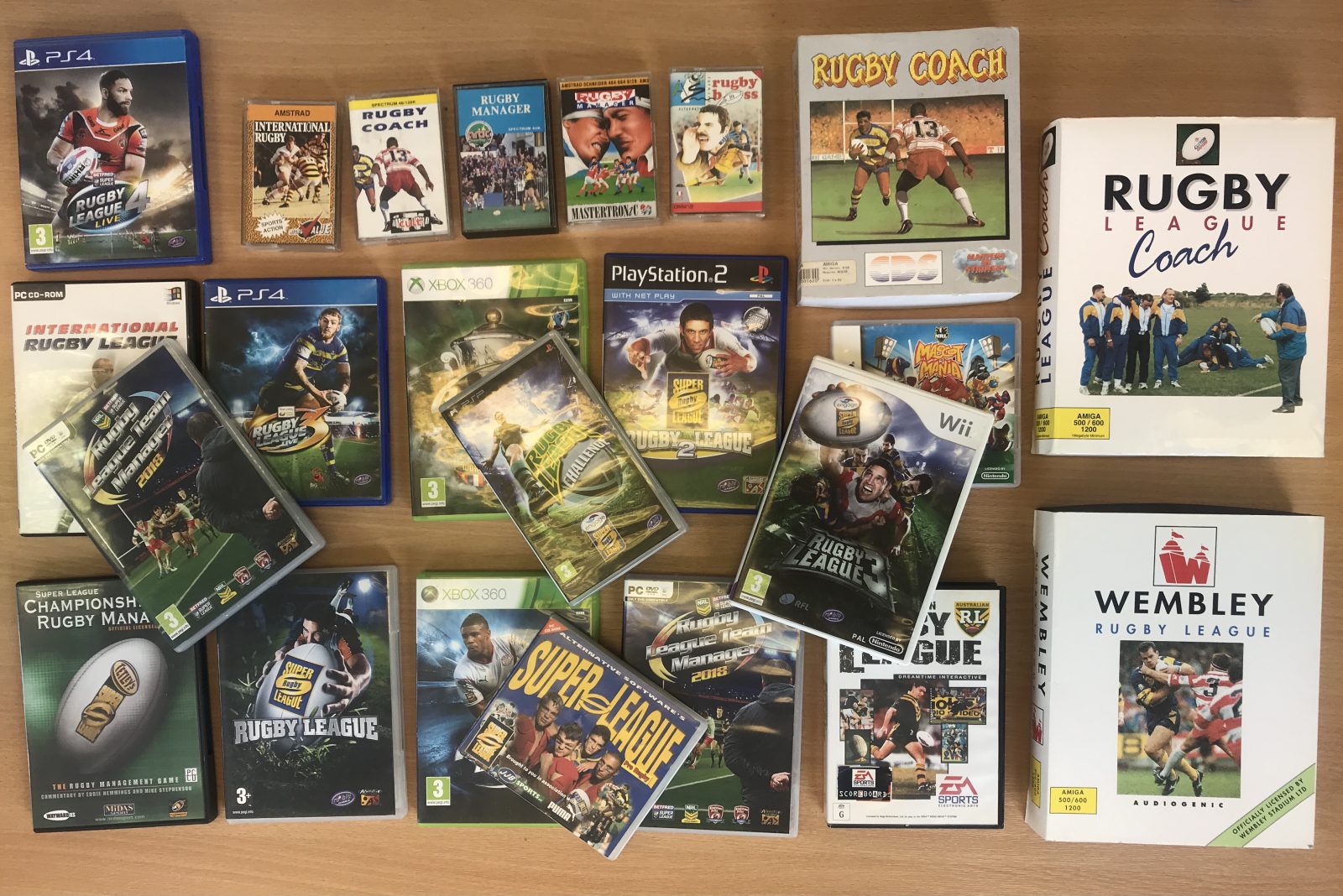 The software covers a wide range of platforms, from the ZX Spectrum and Nintendo NES through to Sony Playstation, PC games and Sega Megadrive spanning nearly 40 years of gaming.

The collection includes what is believed to be the first Rugby League-specific computer game, Rugby Manager by Arctic Computing, which includes Mansfield Marksmen as one of the teams gamers can manage.

“This is a fantastic gesture by Steve Hogan and we’re delighted to accept this collection into our archive which charts the history of Rugby League from 1895 to the present day,” said the Head of RL Cares, Chris Rostron.

“It’s amazing to think that what was once deemed to be cutting edge technology and which so many of the sport’s fans grew up with is now consigned to history!

“We’ll certainly be examining the possibility of incorporating some of the games into our displays within the National Rugby League Museum once it opens at the George Hotel in a few years’ time.

“I wonder what the game’s founding fathers would have made of Rugby League on a Sony Playstation!”