Fundraising dinner does the business for Rugby League Cares 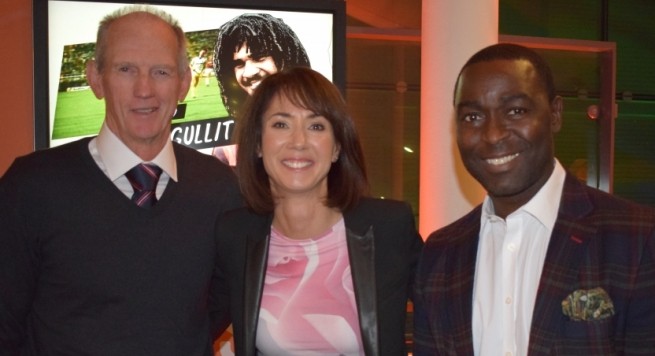 A charity dinner which gave business leaders from across the Northern Powerhouse unique insights into how they can use the experience of world leaders in sport to improve their company’s performance has been hailed a massive success.

The Business in Sport dinner raised almost £10,000 for three charities: organisers Rugby League Cares, the RFL Benevolent Fund and host venue the National Football Museum where a star-studded line up of speakers revealed some of their sporting secrets.

Wayne Bennett, the newly-appointed England Rugby League Head Coach, spoke of what it takes for a manager to bring out the best in players and the importance of creating a positive culture. Bennett, who will lead England in the Four Nations this autumn and next year’s Rugby League World Cup in Australia, also outlined the importance of English success on the international stage.

Former Leeds Rhinos and England captain Kevin Sinfield described the difficulties he has faced in adapting to a working life away from the rugby pitch and how he is embracing his new role as Rugby Director with the Rugby Football League.

Andrew Cole, one of the most decorated players in English football who has built up a successful property portfolio, stressed the importance for players to prepare for life after sport and how best to motivate people.

And Clarke Carlisle, the former PFA chairman who now works as an advisor on transition in sport, spoke about the unique pressures players in many sports face in developing a sense of self-worth and identity as individuals that is separate to their identity as athletes.

The dinner was expertly hosted by BBC TV sports journalist and presenter Tanya Arnold, with the charity auction conducted by Pete Emmett, in association with Frame Smart of Halifax.

The Head of Rugby League Cares, Chris Rostron, said: “We had huge expectations for the Business in Sport Dinner and the night surpassed everything we hoped for which is testimony to the calibre all those involved.

“The speakers were superb, Tanya was an excellent host, Pete did a great job with the auction and the feedback from our guests has been universally positive.

“There are real synergies between the worlds of business and sport which aren’t always obvious and I know from the messages we have received from guests since Tuesday that they found it very insightful.

“The night raised much-needed resources for three very important charities and we are very grateful to everyone who dug deep to help make it such a huge success.”