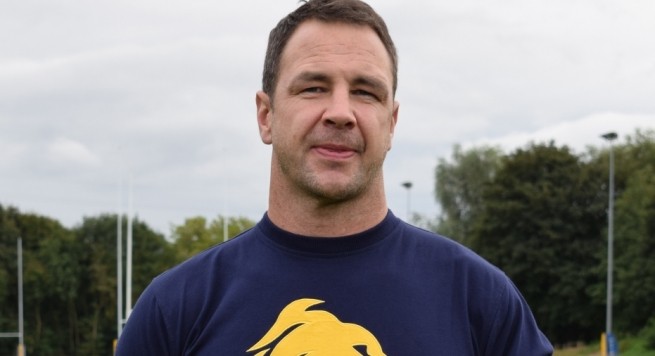 Rugby League Cares is delighted to announce that Adrian Morley has agreed to become an official ambassador for the charity.

The role will involve Adrian representing RL Cares at events and liaising with current and former players as part of the charity’s expanding player welfare programme.

Rugby League Cares offers a far-reaching support network to the playing community, including education and training grants to help players make the transition out of the sport at the end of their careers, a hardship fund, and access to a range of benefits such as banking services, insurance, travel and vehicle leasing.

Adrian’s involvement will see him maintain his links with the game folliwng his decision to step down from his position on the Leeds Rhinos coaching staff to start a new career as a recruitment consultant in the construction industry.

“We are thrilled to have someone of Adrian’s stature within the game supporting the charity and its vital work in this way,” said the Head of RL Cares, Chris Rostron.

“Adrian approached us earlier this month to say that he would love to help in some way and we were delighted to offer him an ambassadorial role.

“One of the main functions of RL Cares is to support the game’s most important stakeholders, its players, and having Adrian on board will help us do that more effectively.”

The sport’s most-capped international and a Grand Final winner in both Super League and the NRL, Adrian is widely respected on both sides of the world.

In a playing career featuring over 500 games, Adrian played for Leeds, Bradford Bulls, Warrington Wolves, Salford and Sydney Roosters: he represented England and Great Britain on 53 occasions before retiring at the end of the 2015 season.

He worked on the coaching staff at Salford in 2016 before rejoining Leeds on a one-year contract as Academy coach last November.

Adrian said: “Over the last few years I’ve seen at the first hand the sterling work RL Cares has done and I’m really pleased to have this opportunity to help.

“I’m really looking forward to the next step of my career in recruitment and this role with RL Cares will allow me to maintain my links with the game, its players and the great many friends I’ve made down the years.”