Home > What we do > Help for players > Rugby League Lions Association 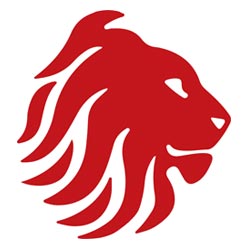 A Rugby League Lion is any player or official who has participated in an international tournament or series involving Great Britain, England or Wales (in the 1975 World Cup).

Founded in 1946, the RL Lions Association convenes every year for its annual luncheon when some of the greatest stars in the sport’s firmament come together for a celebration of international Rugby League.

The luncheon, which takes place on the last Saturday in January, is free to Lions Association members and a limited number of places are made available to the general public, who have the opportunity to rub shoulders with Rugby League all-time greats.

At the 2017 luncheon, certificates were presented to attending Lions detailing their unique Lions heritage numbers: family members of Lions who are no longer with us received certificates on their behalf.

The Rugby League Lions Association has this year commissioned Ellis Rugby (link to Ellis Rugby website – http://ellisrugby.com/product-category/great-britain-rugby-league-vintage-hoodies-jersey-tshirt-polo/) to produce a range of officially licenced Great Britain Lions heritage leisurewear which pays tribute to the important part the Lions have played in the history of international Rugby League.

Players are requested to become members of RL Cares to gain access to the full range of benefits we offer. Membership costs just £20 a year, payable by direct debit.