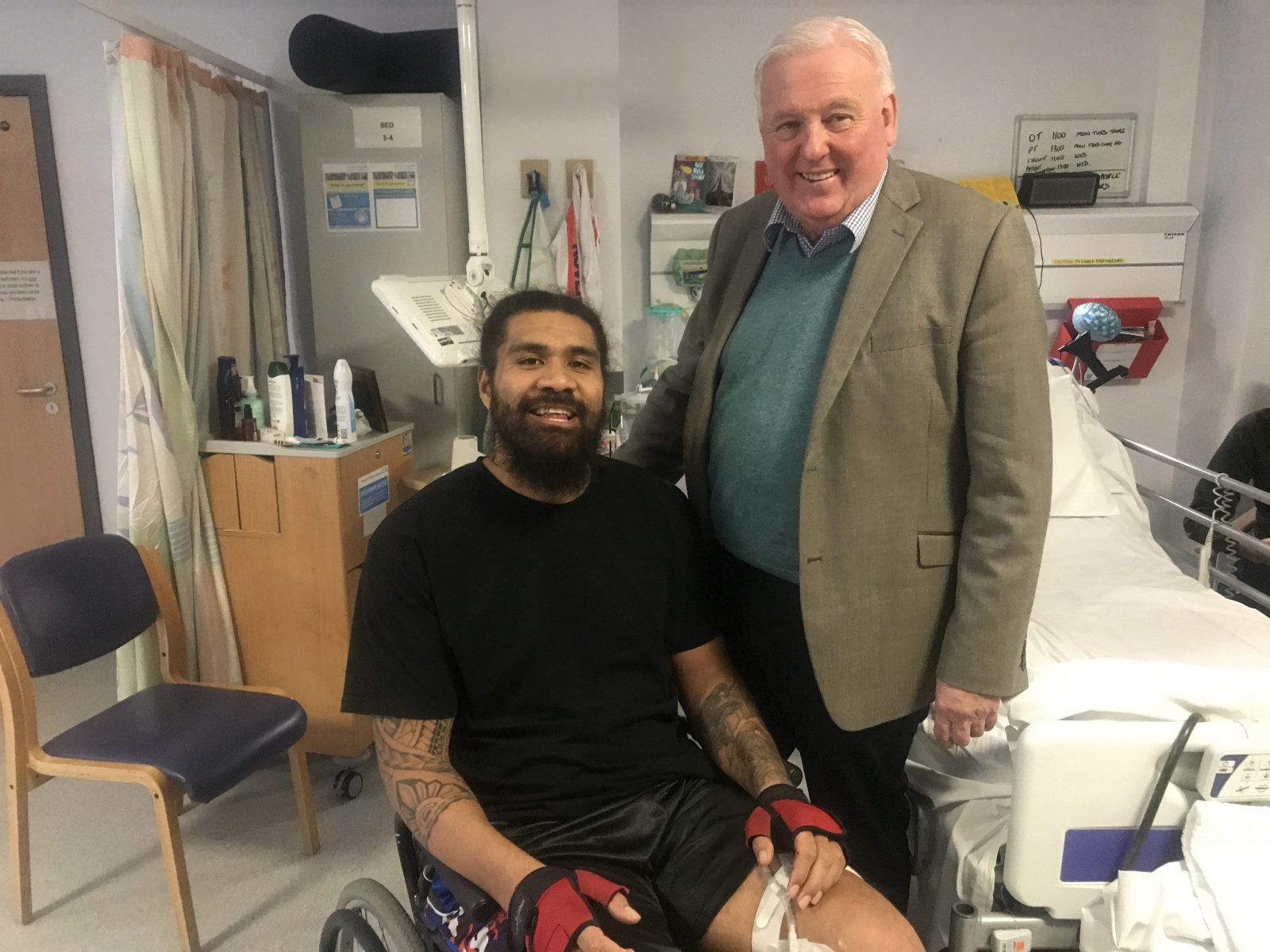 Tributes have been paid to Rugby League Benevolent Fund General Manager Steve Ball after he was awarded an MBE in the Queen’s Birthday Honours List for his service to Rugby League charities.

Tim Adams MBE, the Chairman of the Benevolent Fund, said: “I know I’m speaking on behalf of many people in the sport when I say this honour for Steve is richly deserved.

“He is indeed an unsung hero, who fulfils a crucial and challenging role – when tragedy strikes in or around the game, Stephen is the game’s representative at the front door.

“He does that with compassion and sincerity, and has built lasting trust and friendships with all the families who have been helped by the Benevolent Fund. He is the best of Rugby League.”

Steve has been immersed in the sport all his life, including spells as chairman at Batley and Hull FC and a director of Leeds Rhinos, but for more than a decade he has served in a more general role, providing invaluable support to families who have been affected by tragedy.

RFL Chairman Simon Johnson said: “I am delighted and honoured to welcome this award on behalf of the RFL and the sport.

“Stephen Ball has been recognised as one of the unsung heroes of Rugby League for decades, having served a number of clubs in a variety of roles before the outstanding work he has done for the Benevolent Fund.”

Steve, who is also an inductee on the RFL Roll of Honour, said: “I am truly humbled by this award.

“I think it’s a reflection of the values of Rugby League as a sport. I’ve said before that we may not be the richest in the orthodox sense, because of the communities where the game has been strongest – but we are rich in values, and we take care of our own.

“That has been the role of the Benevolent Fund since it was established, and it’s been an honour and a privilege to work with so many brave people as they have come to terms with personal tragedy.

“To receive this recognition is a huge surprise to me, and I am genuinely moved.”