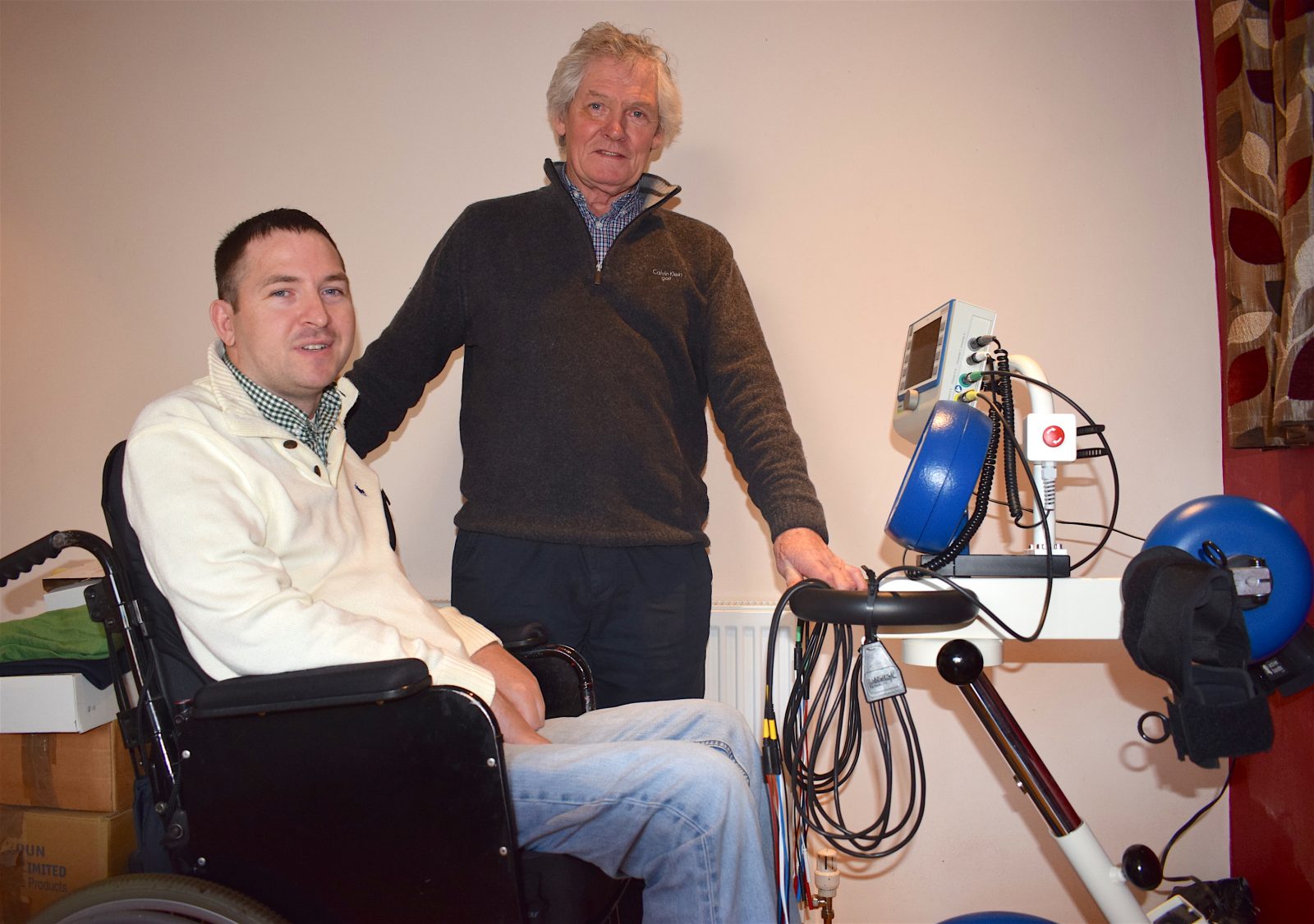 The Rugby League Benevolent Fund had not been established when Danny Scott suffered a life-changing injury playing for Moldgreen 17 years ago.

But the devastating impact an innocuous tackle had on the talented young Rugby League player from Huddersfield has had far-reaching consequences, both for Danny and others like him.

It was the recognition that the game had to do the right thing by Danny and another young man injured on the field of play, Matt King that led to the creation of a charity that does so much good work in the sport.

Now 37, Danny continues to be supported by the RFL Benevolent Fund, which has made a life-long commitment to do what it can to make his life as comfortable as possible.

As a youngster, Danny was a self-confessed ‘Rugby League nut’, playing for his school, All Saints Bradley Bar and local amateur club Moldgreen, where his team-mates included Andy Raleigh, who would go on to enjoy a long professional career with Sheffield Eagles, Huddersfield Giants, Wakefield Trinity and Hull KR.

Danny made his open age debut for Moldgreen at just 16, playing on the wing before moving up to the pack, where he was the club’s first choice loose forward.

On January 10, 2004, 22-year-old Danny played his last-ever game, a fixture against Sowerby Spartans. Things were going well for Moldgreen until Danny took the ball in at first receiver and was stopped by a regulation tackle that left him paralysed from the neck down.

Lying face down on the turf, Danny had a sensation of pins and needles but could not move his arms or legs. He was transferred by ambulance to Huddersfield Royal Infirmary and spent the next 10 months in a series of hospitals, undergoing intensive physiotherapy and treatment having been advised there was only a one per cent chance of recovery.

Danny went home in October that year and though he was supported emotionally and practically by his devoted parents, Terry and Martha, and his two older brothers, life was tough.

Just a week before his accident, Danny had taken out his own personal accident insurance and that policy has enabled him to buy his own home in Huddersfield and receive round-the-clock care from specialist workers.

The RFL Benevolent Fund has helped Danny adapt his kitchen and recently provided a grant to purchase a state-of-the-art electronic sports bike that he uses daily to maintain muscle mass in his legs and arms.

Danny and his family remain hopeful of a medical breakthrough that could see him walk again: there have been some major advances in stem-cell research in recent years and the sports bike is ensuring Danny is in the best physical condition he can be when science comes up trumps.

For now, the RFL Benevolent are maintaining their support of Danny and his family, who were guests of honour at the RFL President’s Ball in January, having attended every Ball since the inaugural event in 2005.

To make a donation to the RFL Benevolent Fund please visit www.justgiving.com/rfluk